Ioannina Goes All Out to Become European Cultural Capital

As part of its bid to become European Cultural Capital in 2021, Ioannina in northwestern Greece is going all out by organizing novel cultural events throughout the city including the latest “cave” happenings.

The city has organized everything from art and music events to sports and festivals with a highlight being the 5th Ioannina Rock City Festival last month, which featured among others singer Joe Lynn Turner of rock groups Rainbow and Deep Purple inside the spectacular Perama Cave. Rainbow’s singer joined Greek band Troublemakers in the “Halls of the Mythical Palace” with an audiovisual backdrop that stole the show.

Other events in the cave include a May concert by the Ioannina String Ensemble and the Cantus Women’s Vocal Ensemble.

The municipal authority will continue to promote Ioannina’s cultural diversity through events citywide, confident that Ioannina can live up to the European Cultural Capital challenge, which if awarded will not only benefit the city but the entire region as activities and events will be taking place across Epirus.

The deadline for bids for European Cultural Capital 2021 has been extended to November 30, 2015, with the final decision to be announced in 2016.

The Cave of Perama and its stunning rock formations was created 1,500,000 years ago in the interior of Goritsa Hill, near Lake Pamvotis. The impressive 19-hall cave was used as a bomb shelter during World War II and came to light in 1954 thanks to Greek speleologists Anna and John Petrocheilos. 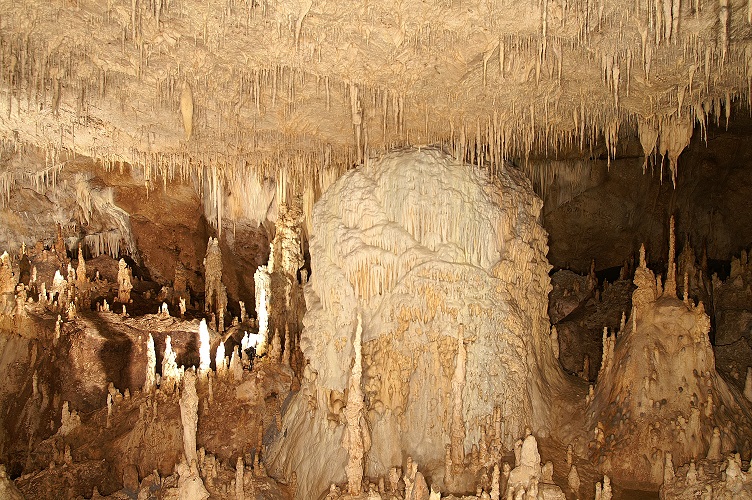 French Media Get a Taste of Halkidiki