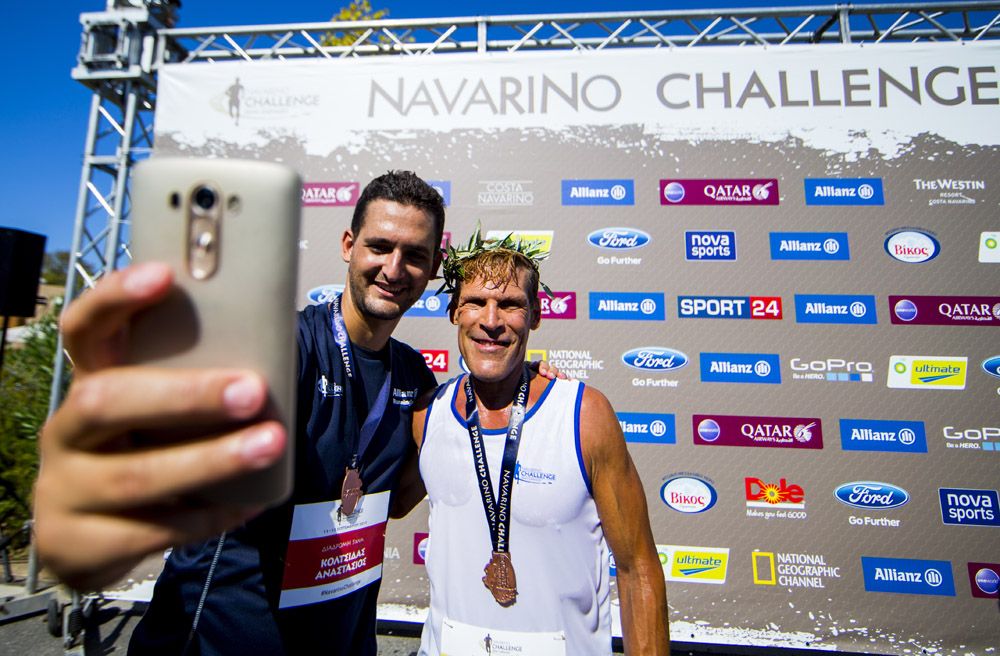 Greece’s “Navarino Challenge” may have wrapped up last month, but the beautiful images and memories of the top sports tourism event still remain vivid.

The “Navarino Challenge” team has released 360-degree virtual reality videos that bring back the unique moments experienced this year at Costa Navarino. This is a first for a sports tourism event in Greece.

The two 4K 360-degree videos, created by Digitribe Mediahouse, were recently released to the public and can be played on any computer and mobile screen and through a virtual reality headset.

The first video focuses on the “Navarino Challenge 2015” running activity which includes a half-marathon (21,1km), 10km and 5km routes (running & dynamic gait) and a children’s 1 km route, with a starting and finishing point at Navarino Dunes of Costa Navarino. You may see the video here:

The second video presents the activity of open water swimming held in the Navarino Bay in the picturesque port of Pylos that included swimming routes of one mile for the adults and a half mile distance for children. You may see the video here:

The videos were created by the official portable GoPro camera of “Navarino Challenge” and with the assistance of Drakos Digital, the only official exclusive distributor of GoPro products in Greece and Cyprus.

PR and communication company Active Media undertook the coordination for the creation of both videos.

“With the innovative use of 360-degree videos, we introduce for the first time this technology in sports tourism events, hoping thereby to open new perspectives in the field of tourism”, said Akis Tsolis, the chief executive officer of Active Media.

“Our goal is not only to attract visitors but also to create and promote the beautiful images of our country through these special technological applications”, Mr Tsolis added.

The videos will be available very soon through the official facebook page of “Navarino Challenge”.

The “Navarino Challenge” was included this year in the European Week of Sport (September 7-13, 2015).

GTP was a Strategic Communication Partner of the “Navarino Challenge” event.

On Your Marks… Athens Marathon Set for Action