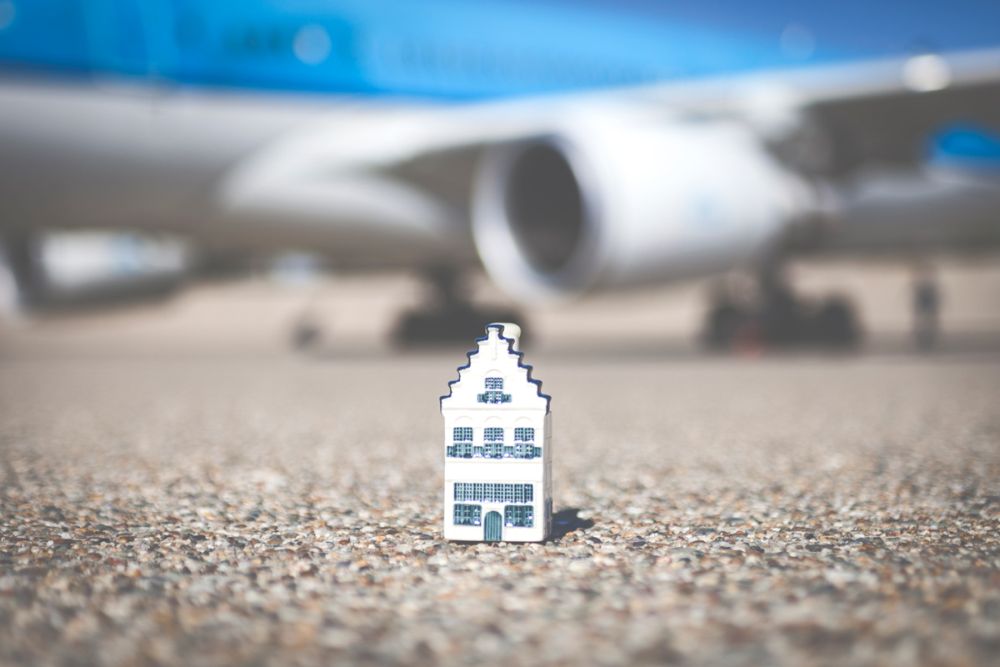 KLM Royal Dutch Airlines celebrated its 96th anniversary on October 7 and true to tradition, introduced its latest Delftware miniature. This year, the choice for KLM’s 96th house went to the Hamel House in Gorinchem.

The first new 96th house added to KLM’s collection was festively unveiled in Gorinchem on Wednesday and presented by KLM President and CEO Pieter Elbers to Piet IJssels, Chairman of the Hamel Foundation and the South Korean Ambassador Mr Jong-hyun Choe.

“For me, the Hamel House symbolises the special relationship shared between the Netherlands and South Korea”, said Mr Elbers.

KLM has been flying to South Korea since 1984 and currently operates daily service between Amsterdam and Seoul.

“Personally, while working for KLM in Japan and South Korea, I developed close ties with this extraordinary country. I’m therefore very pleased with our choice for house number 96.”

The Hamel House was reconstructed in Hendrick’s birthplace. The house brings the historic tale of Gorinchem’s naval hero to life visually. It isn’t only a museum; it’s also a place where the Dutch and Korean cultures merge.

Hendrick Hamel (Gorinchem, 1630 – 1692) was a Dutch seafarer. In 1653 his ship, the ‘Sperwer’, became wrecked off the coast of the Korean island of Jeju. The survivors were not allowed to leave the country because the Korean king was afraid that information about Korea would get out to the rest of the world. Only after thirteen years, did Hendrick Hamel succeed in escaping, along with seven others.

Hamel kept a detailed journal of his time in Korea, which served as the only source of information about Korea at that time in Europe. Because of his stories the country became known in Europe; Koreans are still proud of this today. Hamel became well known in Korea and this earned him great respect.

The houses are given as exclusive gifts to KLM passengers travelling in World Business Class. They have become a much-coveted collector’s item worldwide.

KLM has presented its Delftware miniatures on board since the 1950s. The houses are replicas of exceptional buildings in the Netherlands. The number of houses in the collection has corresponded with KLM’s age since 1994. A new house has been added to the collection on 7 October each year thereafter. The houses are presented to passengers travelling in World Business Class on intercontinental flights.

Jennifer Aniston Wakes Up to Comfort and Luxury on Emirates