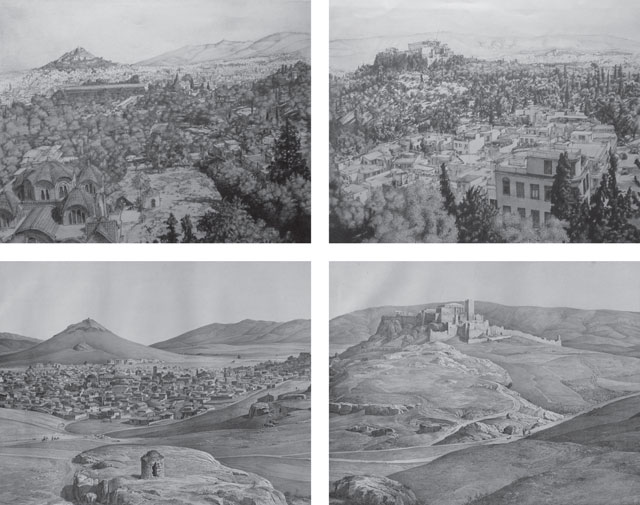 As part of its ongoing activities to shed light on Athens, its landscape, history, and social life, the National Archaeological Museum announces the launch of “180 Years – Athens Panorama – Reference to August Ferdinand Stademann in the Eyes of Polyvios Gouzios” on Friday, October 9.

The show, which will run through to December 9, will feature among others Gouzios’ view of Athens 180 years after Stademann’s panoramic works, which depicted Athens viewed from the Hill of the Nymphs, crafted following King Otto’s accession to the Greek throne.

From the Athens Observatory, Gouzios captures a panoramic view of the Greek capital and the works of the two artists are set beside each other in order to highlight the changes taking place in the city 180 years later.

Gouzios studied art and architecture in Paris, at the Beaux Arts.

The exhibition comes as part of the “71 Years Since the Liberation of Athens” events which will run throughout the month and will include historic walks, concerts, documentaries, discussions by historians, seminars for secondary school teachers and tributes.