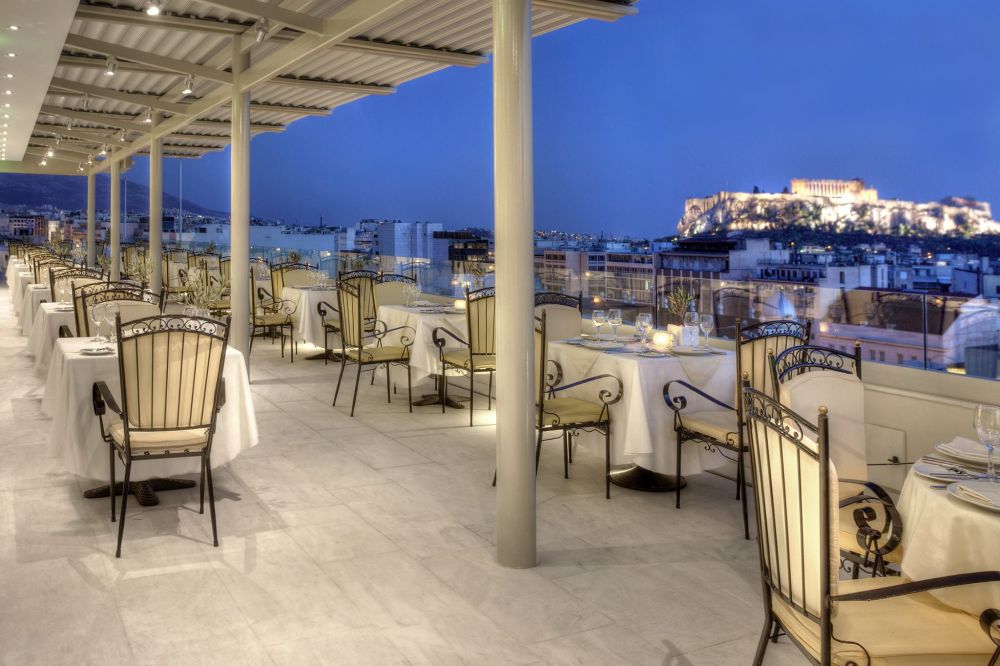 2015 – View of the Acropolis from the Olive Garden Bar & Restaurant.

On the occasion of the autumn opening of its revamped Olive Garden Bar & Restaurant already serving guests delectable dinners and cool drinks under the stars, the Titania Hotel celebrates its unique history with an ongoing exhibition featuring rare photos and documents of yesteryear.

The show offers Titania guests insight into the history of the hotel, which is located in the heart of Athens. 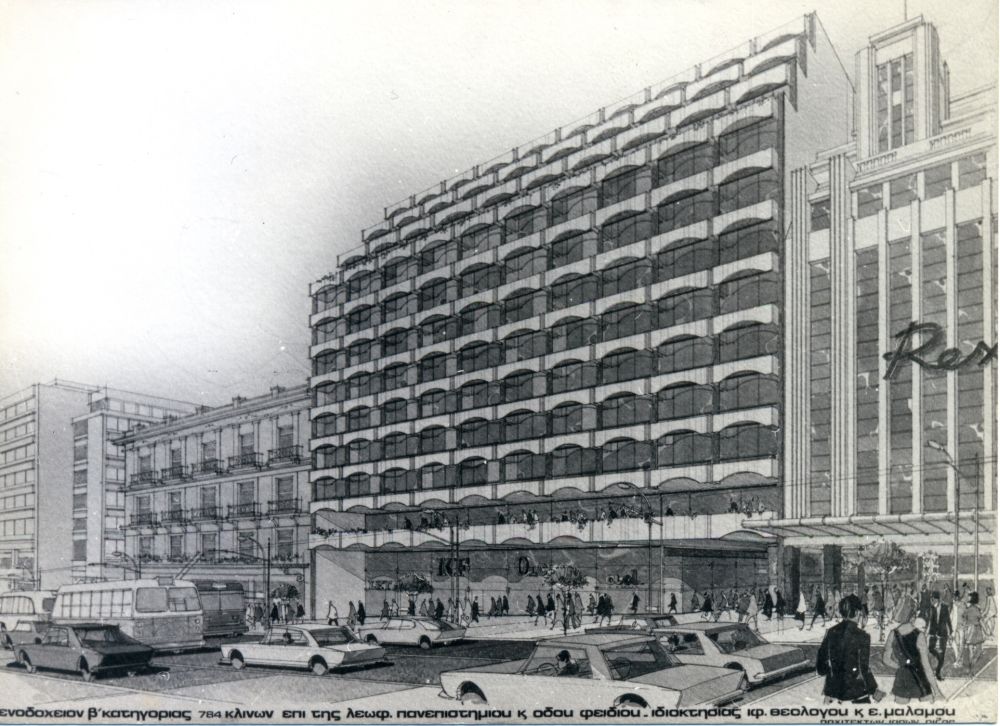 Initially featuring photos of the property on 48-52, Panepistimiou Street, where Titania now stands, the “stroll down memory lane” starts off at the start of the 20th century and highlights the central spot’s role as a meeting point for Athens visitors — first as the “Enomena Voustasia”, an arts lovers haunt in the early 1900s, then as the much-loved 2,000-seat Titania cinema in the 1930s, and since 1970 as the 385-room Titania Hotel. 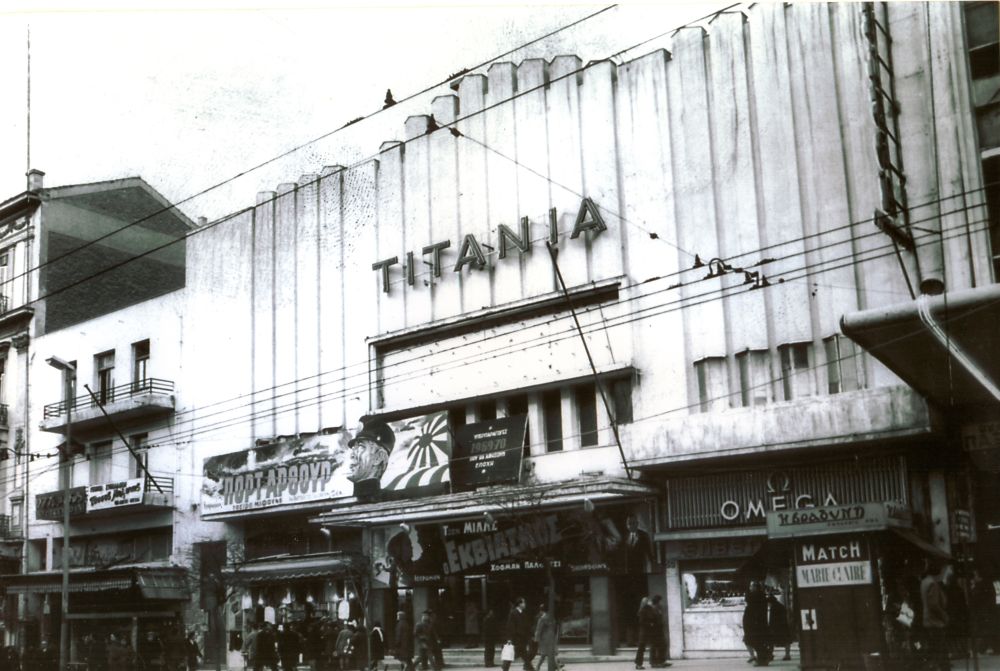 In 120 years’ time, the spot where Titania now stands has served as a meeting point, and management of the 4-star hotel aim to continue making history through hospitality, fine food and quality service.

For the fall, the hotel’s executive chef, Christos Tziliras, inspired by the Olive Garden’s new avant-garde aesthetic, whips up imaginative dishes, experimenting with the finest Greek ingredients. Even the most demanding palates are bound to want more.

Titania’s Olive Garden has repeatedly been awarded and received excellent reviews for its aesthetic and its creative cuisine, establishing it as one of the hottest spots for fine dining in the Greek capital.

Parking for Olive Garden guests is free of charge. 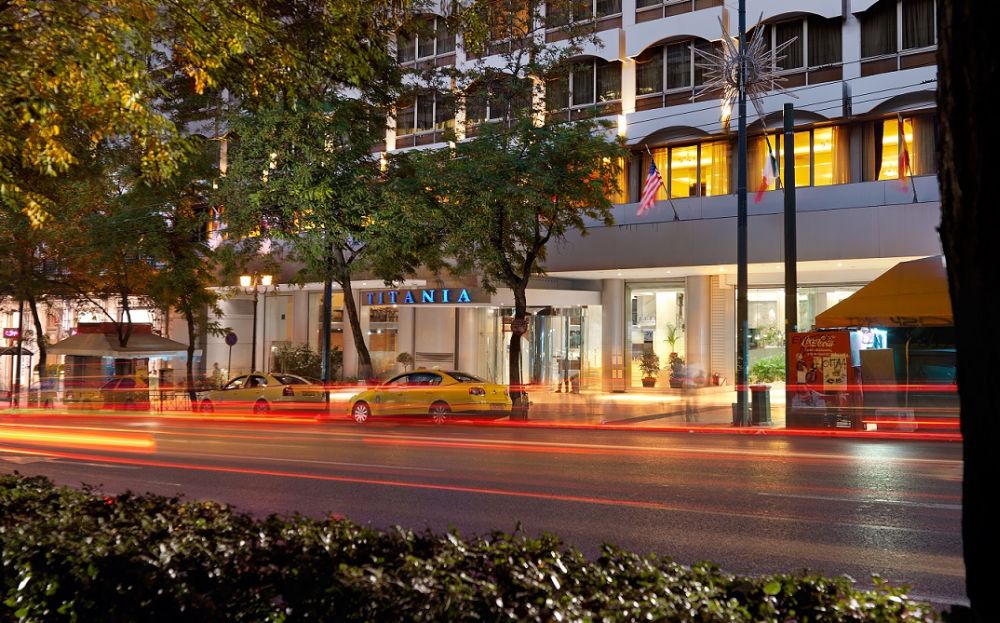