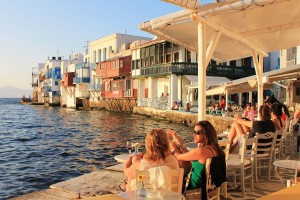 Tourism professionals in Greece will make efforts to absorb costs of the recent increase of value-added tax (VAT) rates on hotels and islands, a measure that “clearly affects the competitiveness of Greek tourism”, the president of the Greek Tourism Confederation (SETE), Andreas Andreadis, said in an announcement on Thursday.

On October 1, the Greek Finance Ministry abolished a special VAT status applicable to the Aegean islands. The special VAT status was a 30 percent discount on all rates, launched years ago to offset the high cost of transporting goods and to boost tourism development.

The VAT rates on the islands are now increased to 6 percent, 13 percent and 23 percent from current levels of 5 percent, 9 percent and 16 percent respectively, that is the same as on the Greek mainland. The first Greek islands to see the VAT hike include Rhodes, Santorini, Mykonos, Naxos, Paros and Skiathos.

Also on October 1, the VAT on hotels in Greece rose from the reduced 6.5 percent rate to 13 percent.

The VAT hikes on Greek hotels and the Aegean islands were foreseen by the third bailout package signed earlier this year. 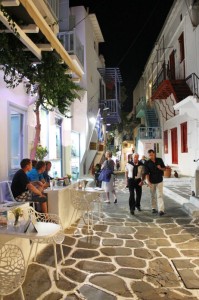 According to SETE’s president, the reduced VAT rate for hotels and the special value-added tax status of the Greek islands helped improve the competitiveness of Greek tourism product as it formed the taxation of the Greek travel package to the level of competing countries.

“Now, due to the exorbitant increase to these rates, irrationally imposed on us, we must collectively achieve a set of actions that will shield Greek tourism in the international market in order to maintain the competitiveness of Greece’s strongest export product”, Mr Andreadis said.

“On its part, SETE, together with tourism bodies and professionals, will make every effort to absorb the outrageous overtaxation to the greatest possible extent, despite the negative consequences this will have on the balance sheets of tourism enterprises in 2016.”

Further in the announcement, Mr. Andreadis stressed the importance of the government task which includes combating tax evasion and strengthening liquidity. He added that he hoped that by this time next year, considering that tax revenue in Greece has increased, the government will restore the VAT on tourism to levels of the country’s competitors, in accordance to the agreement with the country’s creditors.