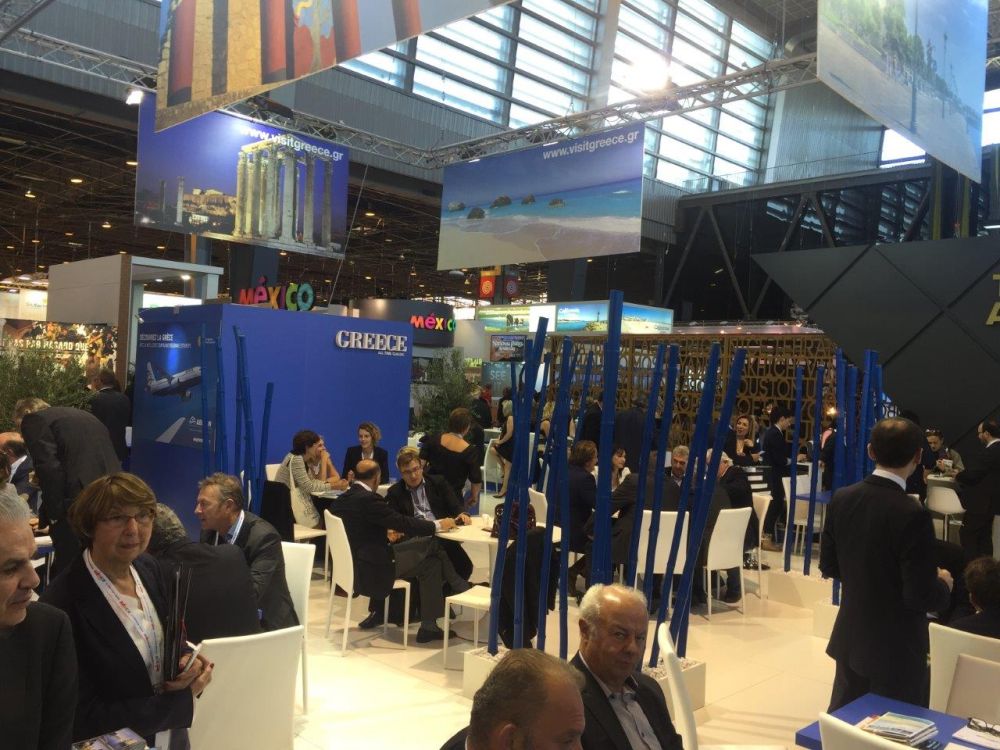 The International French Travel Market (IFTM) Top Resa took place from September 29 to October 2 at Paris Porte de Versailles and Greece was represented by the Greek National Tourism Organization (GNTO) in a stand that included 19 coexhibitors.

During her stay in Paris, the minister held meetings with major international tour operators and tourism professionals and gave interviews to representatives of major French tourism media outlets and television networks.

“France is traditionally a stable market for the Greek tourism product”, Ms Kountoura said and underlined the fact that France also supported Greece on a government level as well as in the media.

“The increase of French tourists to Greece by 18 percent compared to last year indicates the close relations between the two countries”, the minister said.

According to the tourism ministry, the GNTO’s participation in the IFTM Top Resa exhibition follows a strategy that sees to strengthen Greece’s tourism relations with already established markets and also introduce the country’s “brand identity” to new markets.

Ms Kountoura informed the French media that the ministry’s strategic objectives includes attracting tourists from new markets outside of Europe, such as those of South Korea, China, Brazil and the Middle East.

“Greece is among the top 10 tourism destinations worldwide. We want to reinforce this trend and attract more tourists, considering that there is a lack of security and stability in neighboring countries”, she said.