Travel Channel’s global nomad, Jack Maxwell, visited Greece, for the season premiere of “Booze Traveler” on September 28, sampling everything from tsipouro and masticha to soumada and raki.

As “Booze Traveler”, Maxwell begins his Greece visit in the remote mountain town of Asi Gonia on Crete, where he samples homemade tsipouro (a distilled pomace spirit) and retsina (a 2,000-year-old Greek white wine flavored with pine sap). 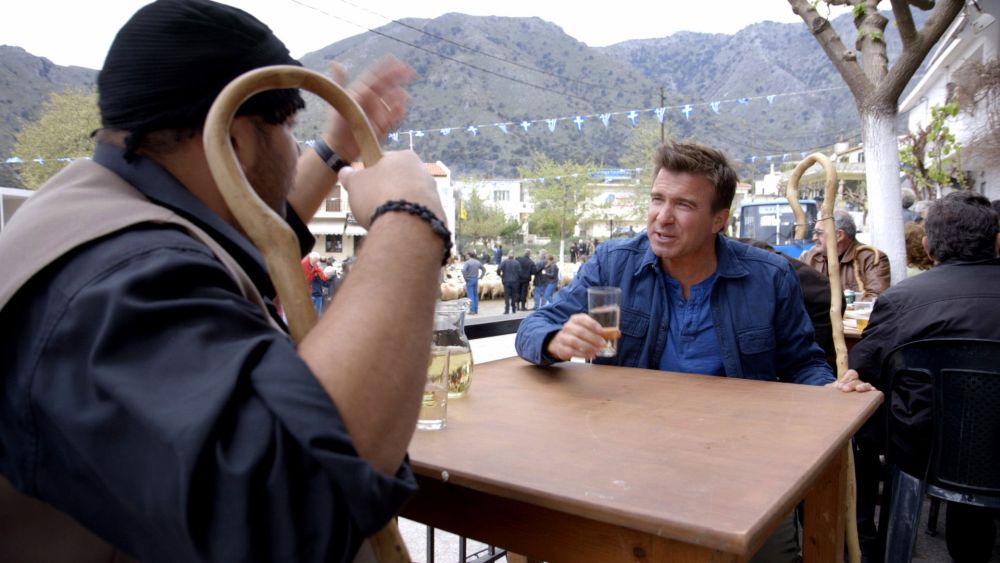 He will then head out to the popular coastal town of Malia, to crash an ouzo party complete with plate smashing, music and dance.

No visit to Crete would be complete without a wedding… and so Maxwell indulges in some rakomelo (raki and honey) with the bride and her parents during the traditional “krevati” pre-wedding ritual.

“It’s fascinating how a simple drink can bring people together,” says Maxwell. 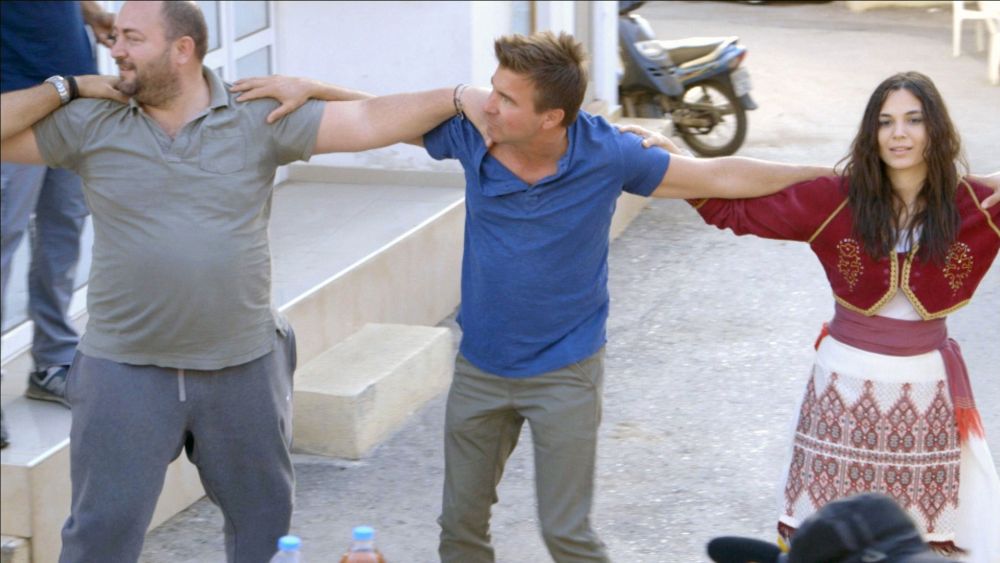 “Booze Traveler” host Jack Maxwell (center) participates in a traditional Greek dance part of the Krevati ceremony with friends of the bride and groom.

In Athens, the traveling drinker will learn more about ancient Greek food, drink and traditions dating from the 5th century BC while sipping “enomelo” (a traditional honey wine).

As a first, Maxwell will get to sample newcomer “yamas”, an innovative series of new drinks combining carbonation with three classic Greek spirits – ouzo, tsipouro and masticha.

After Athens, Maxwell is off to Chios to learn the secrets of masticha liqueur, while toasting Greek-style: “Pies to na mi se piyi” (Drink before it drinks you).

“Booze Traveler” host Jack Maxwell enjoys Souma, a seasonal brandy made from figs, in Chios during a picnic with Vasillis Ballas and his family.

“It gives us a chance to learn from one another, to listen to each other’s stories and open our eyes to the world around us. We discover that we have much more in common than we thought – culturally and socially,” he says.

Refugee-hit Kos to Get Funds for Promotion