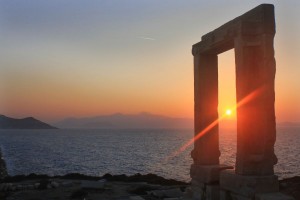 Rhodes, Santorini, Mykonos, Naxos, Paros and Skiathos are the first Greek islands that will lose a special value-added tax status — a 30 percent reduced implementation of all VAT rates — as of October 1, according to the Greek Finance Ministry.

The VAT rates on those islands will now be increased to 6 percent, 13 percent and 23 percent from current levels of 5 percent, 9 percent and 16 percent respectively, that is the same as on the Greek mainland.

A joint ministerial decision will be issued by the Internal Affairs and Administration Reform Ministry and the Finance Ministry requiring businesses on the islands to revert to the new (as foreseen by the third bailout package signed earlier this year) rates depending on category.

The Finance Ministry said that appropriate and targeted measures will be drawn to compensate those island inhabitants that are most in need.

According to the prior actions demanded by Greece’s creditors in exchange for a multibillion euro new bailout, which the Greek Parliament voted in favor of in July, the increases in VAT rates will be revised in 2016, provided that equivalent additional revenues are collected through measures taken against tax evasion and to improve collectability of VAT.