Athens among Best Value Cities for 2016

Athens features in the top 20 list of hotels giving the best value for money, according to a study by hotel search website Trivago.

Trivago on Thursday released its list of 45 best value popular global cities for the coming year and Athens came in at number 17, scoring 78.36 points.

First on the list was Belgrade in Serbia, followed by St. Petersburg and Moscow in Russia. Santiago in Chile was 4th, Istanbul in Turkey was 5th, Melbourne in Australia was 20th and New York was 45th on Trivago’s list. 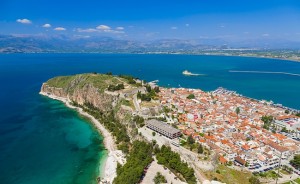 The hotel search website also compiled another list with 100 lesser-known destinations that also offer the best value for money. The Greek town of Nafplio in the Peloponnese is ranked 63rd on that list with 93.56 points.

First on the list of lesser-known destinations with the best value for money was Fenghuang in China, followed by Mostar in Bosnia-Herzegovina and Veliko Tarnovo in Bulgaria. Novi Sad in Serbia was 4th, Pingyao in China was 5th and Killarney in Ireland was 100th on Trivago’s list.

The trivago Best Value Index provides an overview of the best valued destinations worldwide by using a specifically tailored algorithm that combines the trivago Hotel Price Index with trivago’s Reputation Ranking for hotels.