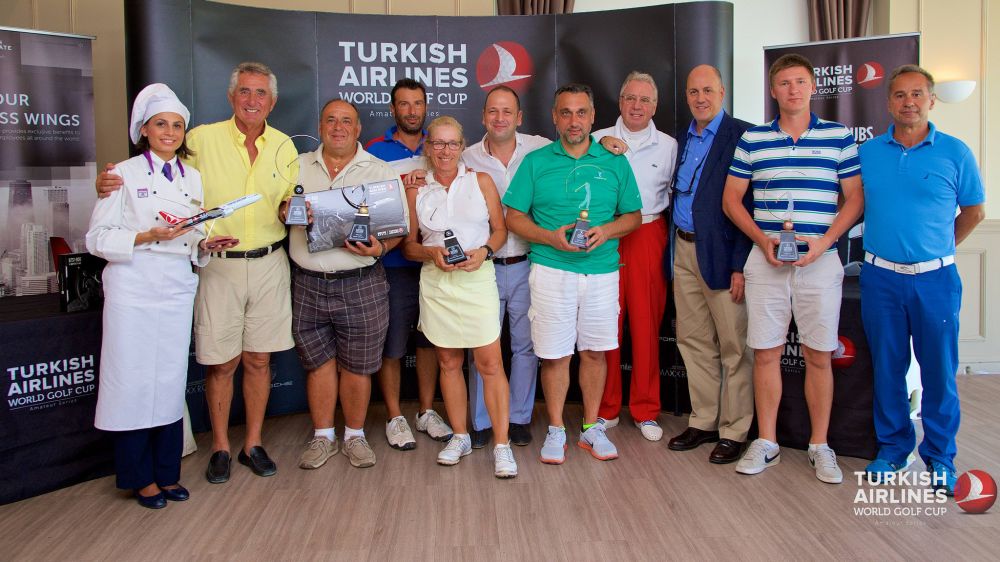 One of the latest stages of the 2015 Turkish Airlines World Golf Cup, one of the sport’s largest and most exciting amateur tournaments, took place at Glyfada Golf Club of Athens on Saturday, September 19. The Athens event, one out of 70 qualifiers for the global series which has gone from strength to strength since the inaugural tournament in 2013, featured 65 players, all personally-invited guests of Turkish Airlines.

Stratos Chrisafoudis and Apostolos Kairis finished first in their respective categories in the individual stableford competition with scores of 40 and 41 net points and therefore progress to the Grand Final in Antalya, Turkey, this October. Sofia Gerardi won the nearest-the-pin prize, together with Denis Rigas.

“We would like to congratulate everyone who took part in the Turkish Airlines World Golf Cup qualifier in Athens,” said Alp Yavuzeser, General Manager for Turkish Airlines Athens. “It was a brilliant day and well done to our winners Stratos and Apostolos. We look forward to seeing you in Antalya in October.”

The first qualifier took place in South Africa in March and tournaments have now taken place across the globe including Qatar, India, Kuwait, Pakistan, United Arab Emirates, USA, South Korea, China, Hong Kong and Germany. The overall winners of the Grand Final will play in the 2015 Turkish Airlines Open pro-am, while all finalists are to enjoy a seven-night stay in an all-inclusive hotel.

It featured 12 qualifying events and was won by China’s Han Liang. His prize for victory was partnering world number one and 14-time major champion Tiger Woods in the Turkish Airlines Open pro-am. After that initial success, there was a rapid expansion to include 50 events worldwide last year and 70 events this year.