All the more tourists are shying away from the Greek island of Lesvos, as the humanitarian crisis is growing there by the day.

The Aegean island, in close proximity with Turkey, has borne the brunt of the refugee crisis in the last few months, with local officials repeatedly calling on the Greek government and EU authorities to find ways to alleviate the growing problem.

The Lesvos Hoteliers Association (LHA) sent a letter on Tuesday — ahead of today’s emergency EU Summit on migration — to Prime Minister Alexis Tsipras demanding that he propose the implementation of a refugee/immigration “footprint” much like the energy footprint applicable in the countries of the South.

According to LHA President Pericles Antoniou, Turkish tourists who had pre-booked their holidays on Lesvos are cancelling their plans, with many more from the neighboring country doing the same. He added that major tour operators are also dropping flights for the remainder of the season and have limited reservations for 2016. 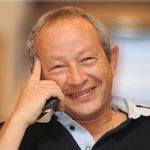 In the meantime, Egyptian telecoms tycoon Naguib Sawiris has again expressed his interest in purchasing a Greek island (he has identified two privately-owned islets up for sale) to house fleeing migrants and refugees.

The billionaire said he would enter negotiations with the current owners in order to “acquire the approval of the government of Greece to host the maximum number of refugees allowable according to the Greek laws” on the island, which he will name “Aylan”, after the Syrian toddler who drowned earlier this month.

Sawiris added that he had also been approached by the United Nations High Commissioner for Refugees (UNHCR) to discuss possible humanitarian cooperation.