Greek Tourism Portfolio Once Again Handed Over to Elena Kountoura 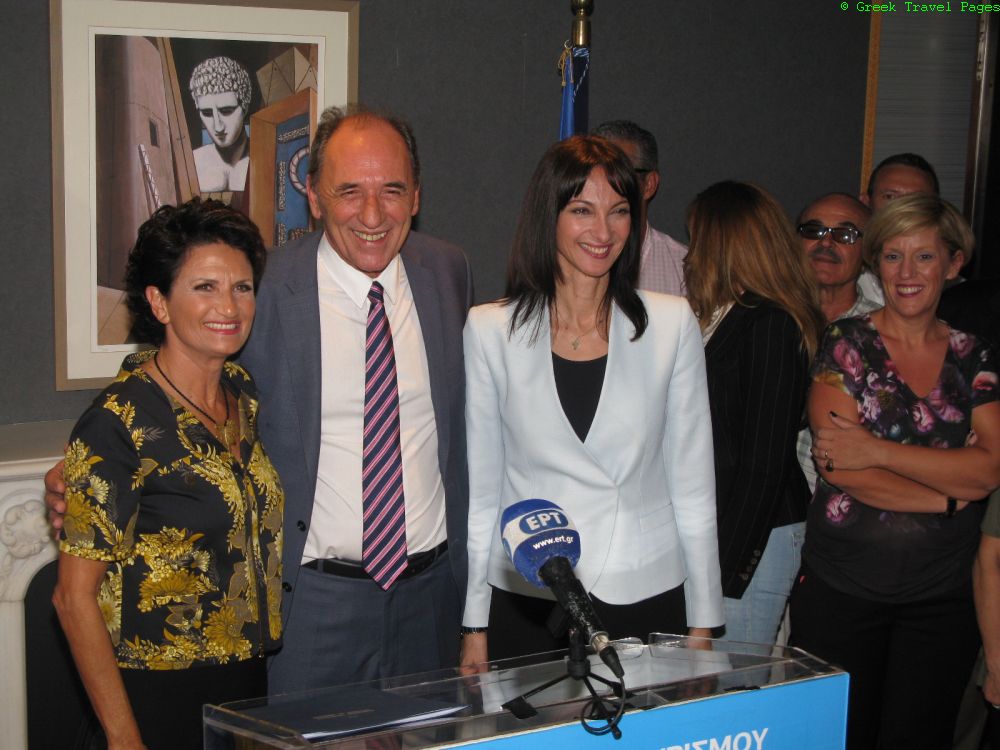 Ms Kountoura was among the ministers of the new cabinet that retained the portfolios they had held in the previous government. Likewise, Giorgos Stathakis remained head of the Economy, Development and Tourism Ministry.

“Our partnership (with Ms. Kountoura) needs no introduction. It was excellent throughout the previous period and I am pleased that we will continue together”, Mr Stathakis said during the handover ceremony.

“Despite the difficult economic situation, the outcome for Greek tourism is excellent. It is a record year for Greece”, he said.

The minister added that despite restrictions in Greece, due to capital controls, the previous government dealt with the situation without delay and no problems were recorded in the flow of the foreign exchange or in the operations of tourism enterprises.

On her part, Alternate Tourism Minister Elena Kountoura said that the ministry and Greece’s tourism bodies managed to lift the figures of Greek tourism to a record high of some 26 million arrivals and 15.5 billion euros in revenue. “We hope that these foundations will deliver even more. We seek and hope that this tourism strategy, the policy we will have for the next four years, will achieve higher results and that every year will be a better one”, she said.

While referring to the ministry’s actions during the past month, outgoing interim minister Alkistis Protopsalti said that a particular emphasis was given to the flows of migrants and refugees to Greece and especially to specific islands.

“We formed a working group to record the impact of the refugee influx on the Aegean islands and sent the results to the competent authorities and the European Commission”, Ms Protopsalti said.

She added that the ministry was planning special actions for the troubled islands such as extra promotion at the international tourism exhibitions in London and Berlin.

Concluding her final speech as the outgoing interim minister, Ms Protopsalti, who is considered one of the top female voices in Greece, said: “I will continue to sing for Greece”.