The Greek Tourism Confederation (SETE) and its members/heads of the country’s tourism sector associations on Tuesday expressed congratulations to Prime Minister Alexis Tsipras on his election victory.

“We hope that, with the clear mandate it has received, the new government will address our country’s challenges and commitments with determination, courage and realism in order for Greece to regain stability and return to growth”, SETE’s statement read.

The confederation noted that the policies Greece will apply to its commitments to its European partners and the timely implementation of reforms are the factors which will determine the course of the country. 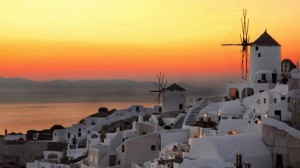 Furthermore, SETE reminded the prime minister of the tourism sector’s priorities that include shielding the competitiveness of the Greek tourism product due to the VAT hike, tackling tax evasion and activating a full support plan of actions to solve the problem of uncontrolled refugee and migration flows in the eastern Aegean.

“At the same time, it is important to continue the promotion of our comparative advantages and to upgrade public and private infrastructure”, SETE underlined.

SETE said that tourism remains today the most important factor for economic growth and is the main driver for GDP growth while it contributes to employment, entrepreneurship, local economies and societies.

“In the near future, the 2021 Tourism Roadmap drawn up by SETE, which aims for 3.3 billion euros to be invested in Greek tourism every year and the creation of 300,000 job positions, must be implemented”, the confederation said.