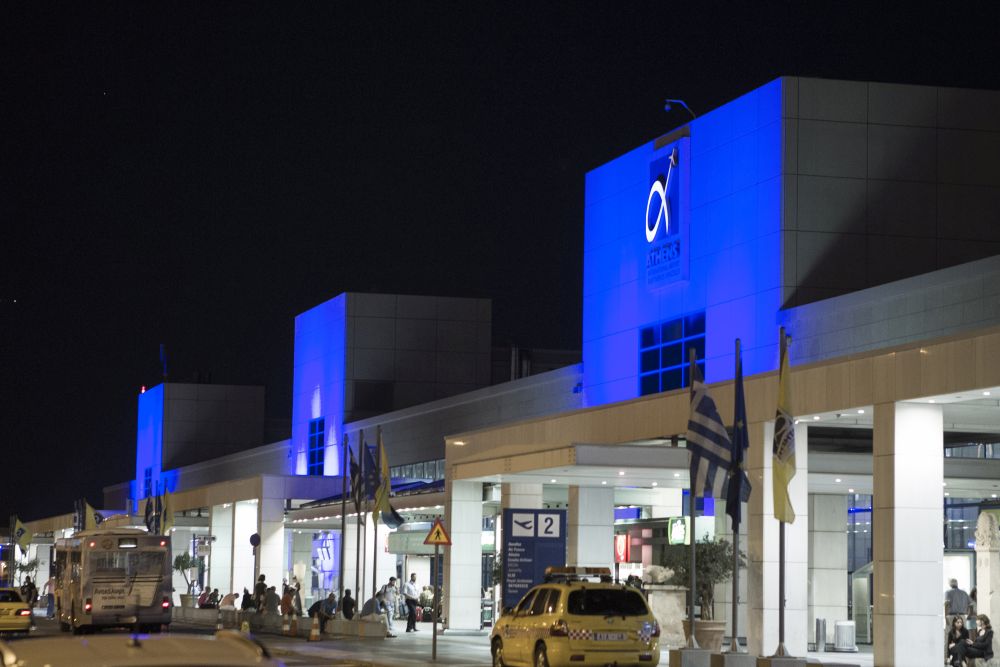 Athens International Airport (AIA) on Tuesday turned blue in honor of democracy. The airport took part in the “Blue Athens Initiative” that was held on the occasion of the International Day of Democracy, which is celebrated every year on September 15.

The International Day of Democracy on September 15 was celebrated in Athens this year with a little color through the “Blue Athens Initiative” that was launched by the Athens Democracy Forum that wrapped up on Tuesday.

The initiative saw a number of emblematic buildings in Athens, including the Hellenic Parliament, City Hall, Lycabettus Hill, the main building of the National Bank, Athens International Airport and the Megaron – Athens Concert Hall, lit in blue to honor democracy.

The Greek capital is the first city worldwide to adopt the “blue” initiative, continuing its long relationship with democracy.

In 2007 the United Nations General Assembly resolved to observe September 15 as the International Day of Democracy — with the purpose of promoting and upholding the principles of democracy — and invited all member states and organizations to commemorate the day in an appropriate manner that contributes to raising public awareness.