Hotels Chamber: Why is Tourism Off the Greek Election Agenda? 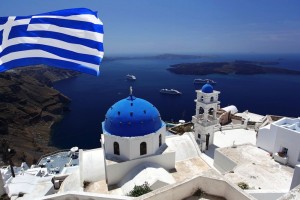 The Hellenic Chamber of Hotels (HCH) is expressing its concern over why the political parties vying for votes in the upcoming elections this Sunday, are not discussing tourism — one of the country’s few money-making industries.

“Tourism is not on the agenda in this election period. We expect much more dialogue by the parties on tourism, which is a leading contributor and the sector that can revive the country’s economy and boost employment,” HCH President Yiorgos Tsakiris said in a statement released today.

HCH is urging political parties to include tourism issues in their election debates and pledges, stressing that despite the sector’s good performance this summer, problems are pressing. Among these, the HCH includes ensuring that the increase in the number of incoming visitors corresponds with a rise in revenues, increasing the length of stay, making year-round tourism a reality and improving competitiveness.

Mr Tsakiris added that among the immediate priorities of any new government should be doing away with the unshakable black economy that is taking a terrible toll on the industry, which is also being shot down by double taxation on accommodation and a 23 percent tax on food and beverages.