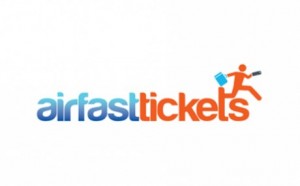 The company’s official websites and social media profiles are inoperative and the company’s staff has not been paid for three months.

Known for its highly prominent adverts, Airfasttickets opened its doors six years ago in Piraeus and managed to become one of the fastest growing companies in the global market for online bookings.

In 2013, the company had a net income of 30 million euros and EBITDA earnings of some 2 million euros. During the first half of 2014, Airfasttickets saw a 2,000 percent increase in sales.

Moreover, a number of Greek online travel booking companies, including pamediakopes.gr, viva.gr, airtickets.gr and travelplanet24.com, have resorted to lawsuits against Airfastticktes citing unfair competition due to its sales practices (selling air tickets below wholesale).

Meanwhile, reports said that Airfastticktes CEO Nikolaos Koklonis is expected to appear in court over the next few days for the company’s dues of 50 million euros to various airline companies.