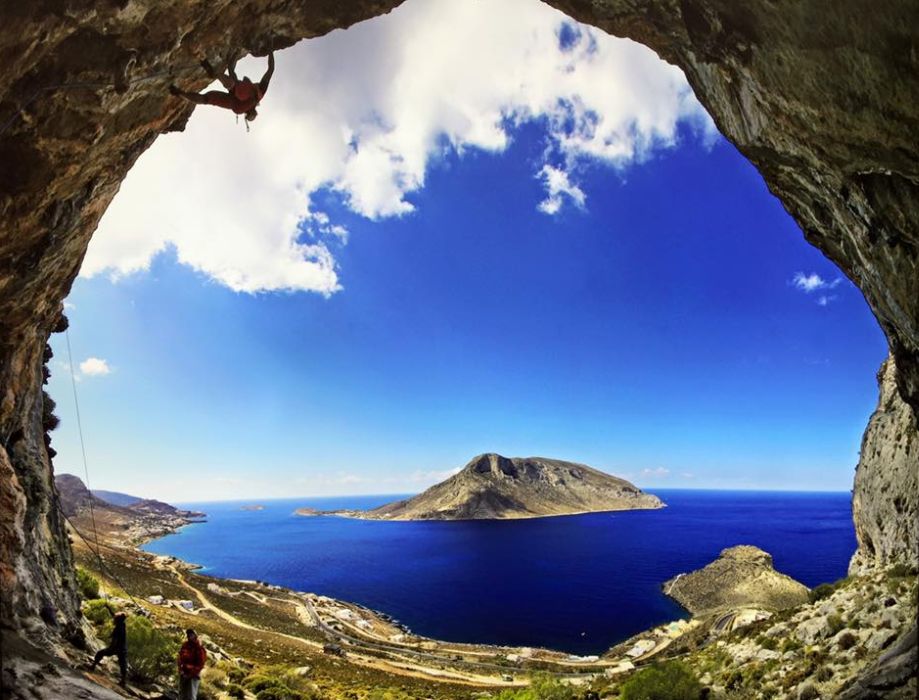 The Kalymnos stand with the island’s unique nature of climbing trails and paths displayed as a backdrop.

Kalymnos was presented as the absolute Greek alternative tourism destination at the Tour Natur 2015 tourism trade fair in Düsseldorf, Germany, during June 4-6. The German tourism trade fair is considered an ideal meeting point for the marketing of sustainable forms of tourism such as hiking and trekking.

Located in the southeastern Dodecanese, Kalymnos is particularly popular among sport climbers from all over the globe as it is an island that has everything a traveling climber looks for.

Through Tour Natur, the representatives of Kalymnos aimed to approach the promising German market and promote the island as an ideal trekking and hiking destination. During the three-day trade fair, professionals and visitors were introduced to the island’s trails through detailed maps and informed on  special offers and travel packages.

The island’s participation was supported by two independent and cooperating initiatives, the alternative tourism cluster “Systas” — involved in the development of a natural environment, culture and outdoor activities — and the general tourism agency Alter Holidays DMC & Alternet Greece.

Greek hiking specialist and initiator of the group Trails of Greece, Phoebus Tsaravopoulos, was on call at the Kalymnos stand to inform professionals and visitors on all they needed to know about the island’s exciting trails.

“Many contacts were made at Tour Natur and we recorded all the requirements expected from our destination in order to claim a share of this promising market”, Alter Holidays DMC & Alternet Greece said in an announcement.