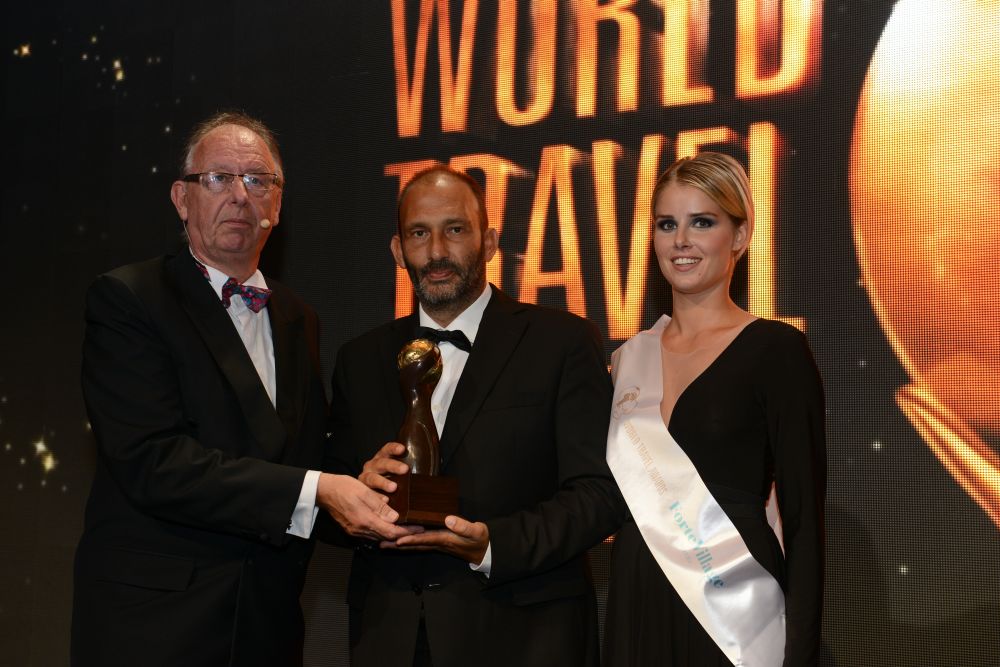 Hailed as “the Oscars of the travel industry,” World Travel Awards is acknowledged across the globe as the ultimate travel accolade.

HotelBrain’s president and founder, Panos Paleologos, with the president of the World Travel Awards, Graham Cooke.

During a glittering ceremony at Forte Village Resort, HotelBrain was elected “Europe’s Leading Hotel Management Company”, having competed in this category alongside leading companies from all over Europe such as Xotels, Interstate Europe Hotels & Resorts, Michels & Taylor and Oetker Collection.

“The HotelBrain team and President and Founder Panos Paleologos wish to thank all who supported the company with their votes at the world-renowned World Travel Awards”, an announcement by the company read.

The 22nd World Travel Awards ceremony was attended by an audience of more than 250 industry leaders from across Europe.

The World Travel Awards aims to celebrate airlines, hotels, airports, casinos, travel agencies and destinations that are pushing the boundaries of industry excellence. Votes are cast by travel professionals and high-end tourism consumers.