GBTA: Travel Managers to Cut Spending with Lufthansa Due to €16 Per GDS Booking Surcharge 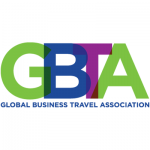 Fifty percent of travel managers who include Lufthansa in their travel program as a preferred carrier said they plan to decrease spending with the company once its new “distribution cost charge” (DCC) of 16 euros takes effect, a poll of Global Business Travel Association (GBTA) members showed in late August.

The Lufthansa Group announced in June that it would add a surcharge to tickets for flights issued by a booking channel using global distribution systems (GDS) for flights with Lufthansa, Brussels Airlines, Austrian Airlines and Swiss, as of September 1. The DCC stands for tickets purchased anywhere other than its websites, service centers and airport ticket counters.

Additionally the poll showed that 51 percent of all respondents definitely or probably will not use Lufthansa as a preferred carrier when the Lufthansa Group moves forward with the fee.

“As the voice of the business travel industry and the corporate travel buyer, GBTA continues to hold its position that this planned strategy will negatively impact corporate travel programs”, the announcement reads.

“It is a direct price increase to managed travel programs with no corresponding benefit.”

According to GBTA, the DCC could also ultimately lead to decreased price transparency if carried out by not only Lufthansa, but other airlines in the industry.