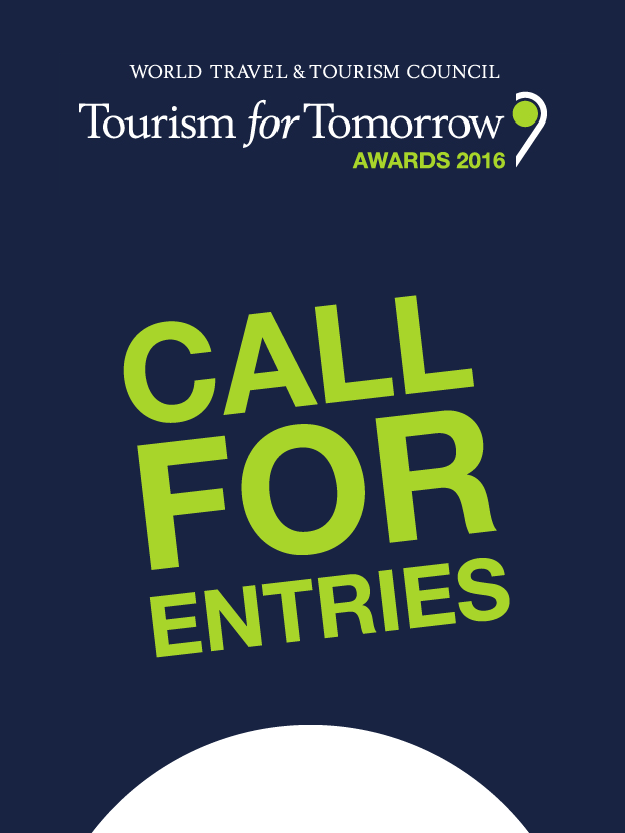 The World Travel & Tourism Council (WTTC) on Wednesday announced the Call for Entries for its Tourism for Tomorrow Awards 2016.

The WTTC Tourism for Tomorrow Awards are aimed at recognising the best practice in sustainable tourism within the industry globally, based upon the principles of environmentally friendly operations; support for the protection of cultural and natural heritage; and direct benefits to the social and economic well-being of local people in travel destinations around the world.

These annual awards are among the highest accolades in the industry and represent the gold standard in sustainable tourism.

“WTTC works to promote the sustainable growth of the industry… Through our Tourism for Tomorrow Awards, we celebrate best practice in travel and tourism businesses, encouraging them to share their well-executed policiesto educate governments and other travel businesses”, WTTC President & CEO David Scowsill said.

This year, applicants can enter in the following five categories: Community; Destination; Environment; Innovation; and People.

Fiona Jeffery OBE, former chairman of World Travel Market (WTM) and founder and chairman of the international water aid charity Just a Drop, will be chairing the awards for the second time following last year’s success.

Creta Maris Gets Golden Thumbs Up