Strolling through Athens via Art at the National Archaeological Museum 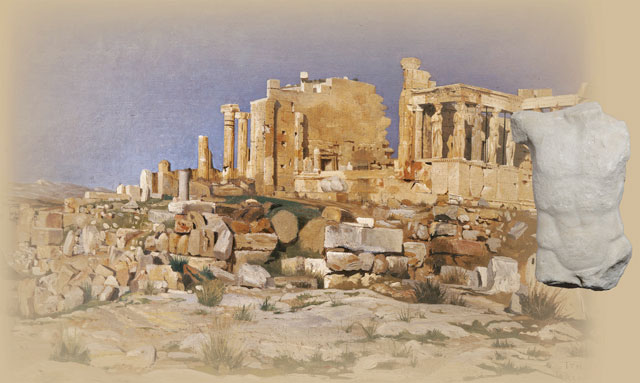 Photographic composition of the oil painting of Josef Theodor Hansen depicting the Erechtheion, 1881 and the marble male torso attached to the frieze of the same monument.

Archive photo of View of the National Archaeological Museum in Athens, after its completion.

Art lovers will have the chance to see Athens through the eyes of 17th-19th century travelers as of September 7, when “A Dream Among Magnificent Ruins… Athens Treks by Travelers, 17th-19th centuries” opens at the National Archaeological Museum in the Greek capital.

The exhibition, which paves the way for the 150th anniversary of the museum’s founding, to be celebrated next year, features an imaginary stroll through Athens from the 17th to the 19th century, as would have been carried out by European visitors.

Organized in collaboration with the Hellenic Parliament Library, the show features 76 works including sculptures and archival documents as well as engravings, paintings and illustrated editions from Alpha Bank’s Art Collection and the Hellenic Parliament Library. Exhibits from the City of Athens Museum and the General State Archives will also be on show. Digital applications will enhance the experience. An English language booklet will be available. 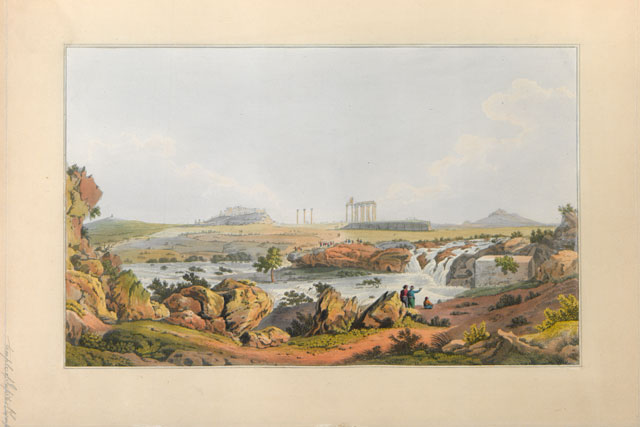 The Τemple of Olympian Zeus and the river Ilissos from the book of Edward Dodwell, Views in Greece, London 1821.