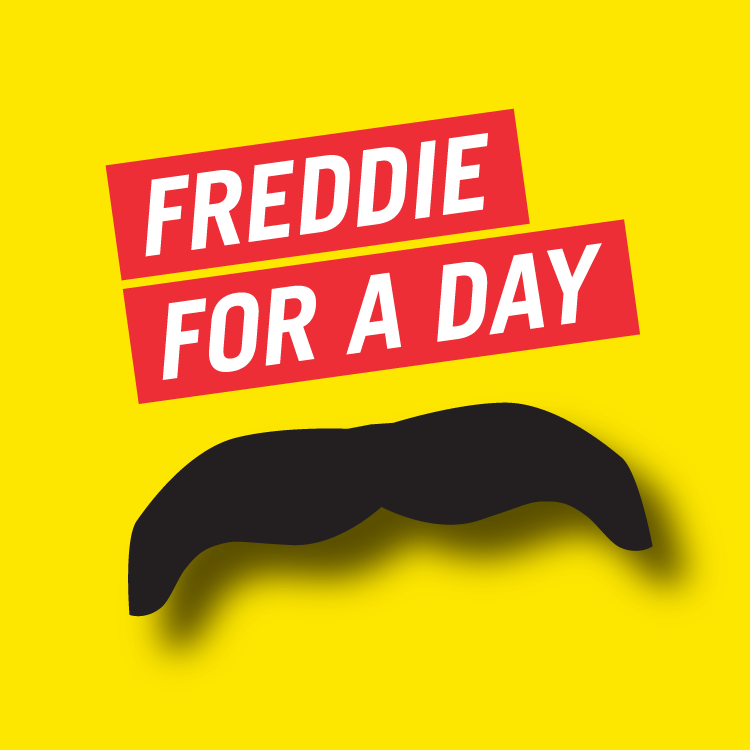 The Hard Rock Cafe in Athens invites all to “Freddie for a Day” on September 5, an awareness-raising campaign to collect funds for HIV/AIDS research carried out by the Mercury Phoenix Trust.

In its fifth year, the “Freddie for a Day” fund-raising initiative is named after the great Freddie Mercury, lead singer of rock band Queen, who died of AIDS-related complications in 1991. The legendary singer was born on September 5.

In his memory, Freddie fans in Athens will have the chance to “be like him” for a day, enjoy classic videos, wear stick-on moustaches and listen to plenty of Queen music. This year, fans can buy the collectable “Freddie For A Day/Hard Rock Cafe” pin that will only be sold on the day with 15 percent of the proceeds going to the Mercury Phoenix Trust. 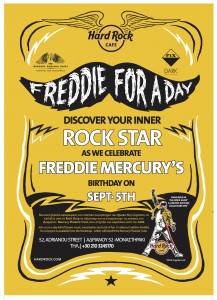 “Hard Rock International are delighted to be working alongside Queen and The Mercury Phoenix Trust on their annual Freddie For A Day. Hard Rock has long been associated with the rock legends and their charity. Each cafe throughout Europe will be encouraging local Freddie fans to come along dressed up as the icon and to raise funds for this great cause,” Director of European Marketing for Hard Rock International Marc Carey, said of the event.

The initiative, which is held at Hard Rock Cafes across the globe, encourages friends and fans to spend the day dressed as Freddie Mercury on what would have been the legend’s birthday.

The Mercury Phoenix Trust was founded by Brian May, Roger Taylor and their manager Jim Beach, in memory of rock band Queen’s iconic lead singer. In the last 21 years the Trust has given away over 15 million dollars in his name and funded over 700 projects in the global battle against HIV/AIDS.