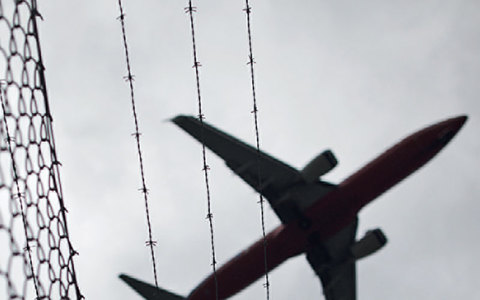 Economy, Infrastructure, Shipping and Tourism Minister Giorgos Stathakis reassured reporters on Wednesday, that capital controls will soon be lifted, liquidity is improving and the privatization of 14 airports will most likely be completed in March.

A month before snap elections, Mr Stathakis presented his “super-ministry’s” work during his seven-month tenure, stressing that the deal with Germany’s Fraport – a requirement of the 86-billion-euro bailout deal – for the management of 14 regional airports will go ahead as scheduled.

“The privatization deal is progressing in accordance with the international tender, and, theoretically, it will be completed in March 2016,” Stathakis said on Wednesday.

The minister also said that since August 1, absorption of  National Strategic Reference Framework (NSRF) funds has grown and added that the 2007-2013 funds will not be lost due to elections, scheduled for September 20.

The minister was quick to point out that “agreements made must be implemented”, referring to the third bailout plan, while adding that four NSRF action plans aimed at SMEs were expected to be announced soon.

“As liquidity improves, we can relax the limits,” Stathakis also told reporters with regards to the capital controls without, however, revealing an exact time frame.