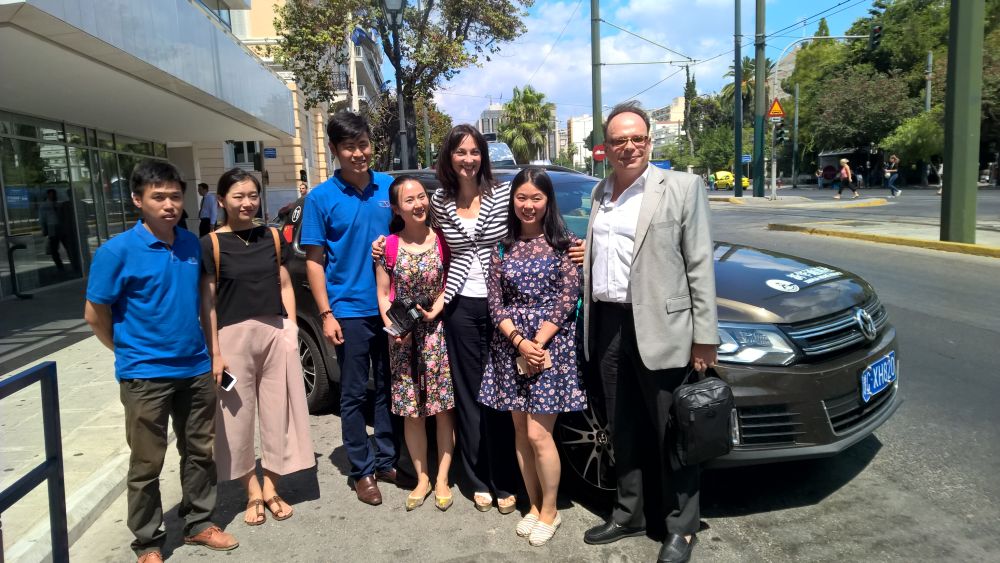 A media tour of China’s state-owned Xinhua News Agency entitled “Chinese Dream, Silk Road Dream”, which aims to spread awareness of China’s friendly policies towards other countries, made a stop in Athens on Wednesday.

In a visit to Greek Alternate Tourism Minister Elena Kountoura, members of the media tour expressed their admiration for Greece and its culture. “Both countries have the common characteristic that they have the oldest history on earth”, the Xinhua reporters said.

The reporters spoke to Ms. Kountoura about the “brilliant results” expected from the close cooperation between the two countries in the field of tourism and culture and the important role that Greece plays in the design of the “Chinese dream.”

In an interview to Xinhua’s reporters, the alternate tourism minister said that Greece is one of the most important tourism destinations worldwide.

She underlined that one of Greece’s main priorities is to enter new tourism markets, such as the Chinese.

The reporting and awareness-raising tour, with “Chinese Dream, Silk Road Dream” as its theme, was launched by China’s Xinhua News Agency to promote cooperation and understanding among nations along the Silk Road.

The tour’s overseas travel began in late July with Kazakhstan as a starting point and includes stops in Russia, Georgia, Turkey, Greece and Italy.

According to an announcement, until now, a convoy of 12 vehicles, carrying 27 Xinhua reporters, has covered 16,000 km.

Greek Elections to Put Tourism to the Test… Again