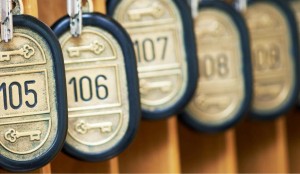 The August 15 Dormition of the Virgin Mary holiday is the peak season for Greek holidaymakers to travel, but this year the number has dropped by 20 percent, and according to the Greek Tourism Confederation (SETE), despite the traffic this week, the damage to Greek tourism after the capital controls and bailout saga cannot be reversed.

The most popular domestic destinations for Greeks are primarily accessible by road and include Evia, Pelion, Pieria, Halkidiki and Lakonia, with interest being expressed for the Cyclades islands and only for the August 15 period.

Following the capital controls and the ongoing bailout negotiations as well as the negative talk of Greece exiting the eurozone, Greeks’ habits have changed with travelers cutting their holidays short, spending less and opting to stay with friends or relatives.

In the meantime, despite room rates in many destinations having remained steady and open to negotiation, demand has dropped significantly as demonstrated in the run-up to the August 15 holiday, with bookings slashed and interested at its lowest.

Confederation of Greek Enterprises for Rented Villas & Apartments (SEEDDE) President Konstantinos Brentanos told Kathimerini daily that areas reliant on domestic tourism, such as Corfu, Rhodes and Crete, have seen a decline in room reservations, citing among others the operation of illegal accommodation facilities, which he said, are come to about 200,000.

For 2016, Mr Brentanos foresees rises in room rates due to increasing taxation and other related levies.