The Municipality of Thera has rounded up a number of Santorini’s tourism forms and has announced a collaborative effort to keep the tourists coming after the summer sun has gone and establish the Cycladic island as an all-year-round tourism destination. The initiative is expected to launch during the winter season of 2015-2016.

With the cooperation of the island’s enterprises, the municipality will aim to evenly allocate the summer season’s increased tourist traffic and attract visitors during the off-season through a series of actions that include the promotion of alternative forms of tourism.

“Santorini has all the features that guarantee the arrival of visitors throughout the year”, Thera Mayor Anastasios-Nikolaos Zorzos said during a recent working meeting on the island.

“In recent years, the number of hotels operating throughout the year has increased dramatically and this has a consequent — positive — impact on all areas of the wider tourism industry including the food and entertainment sectors.” 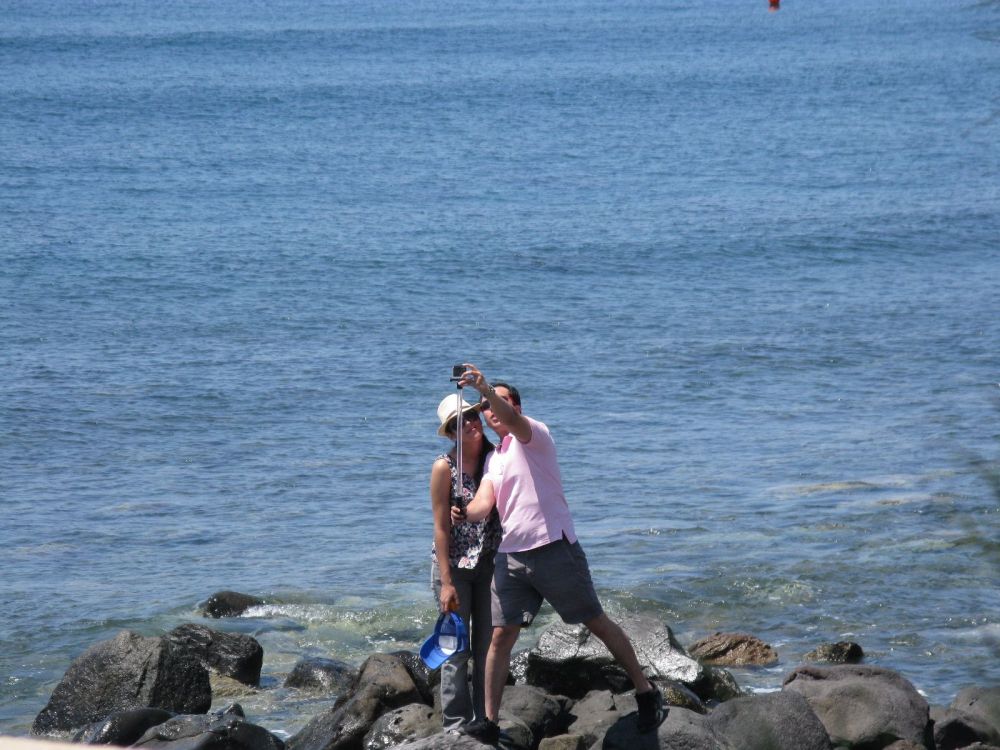 The new initiative is also expected to give a boost to the island’s employment since the extension of the season will see seasonal employees becoming permanent employees. The island currently has 4,000 active businesses, which employ some 20,000 workers. 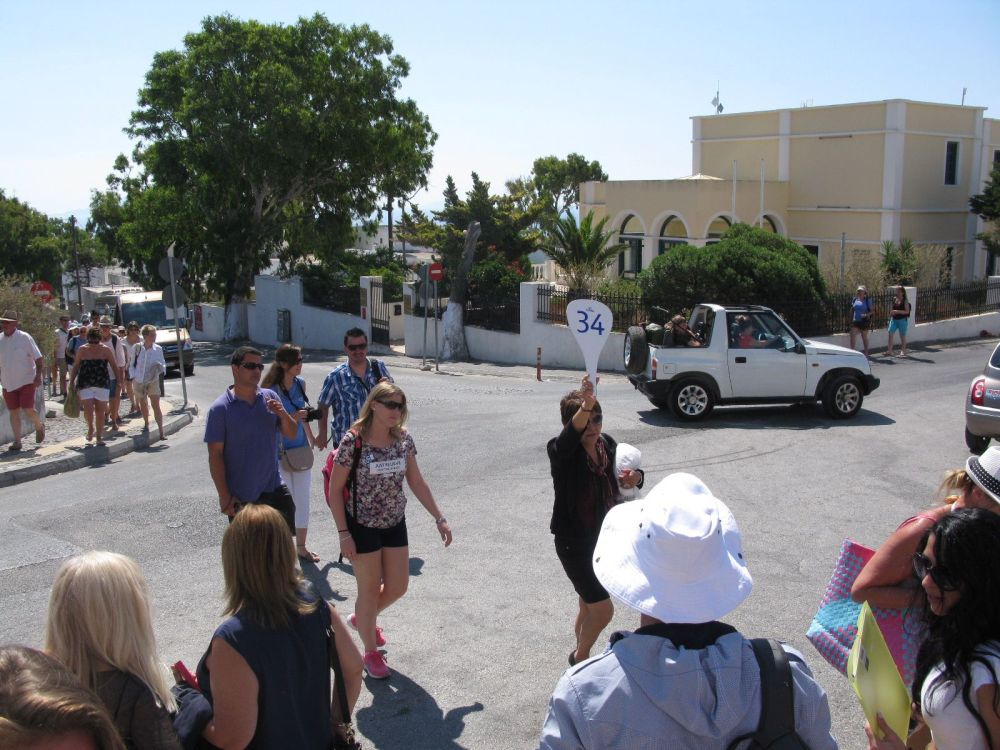 A group of tourists on Santorini Island.

Essential for Santorini to welcome tourists 365 days a year is that access to the island is available during the winter months.

During his speech, Mayor Zorzos referred to the increased frequency of flights and ferry routes during the winter season.

Santorini this year will see five daily connections by air (three of AEGEAN and two of Ryanair), as well as increased ferry connections via Blue Star Ferries from the port of Piraeus.

Referring to the initiative, Aegean’s vice president, Eftychios Vassilakis, underlined that the island’s airport must be improved if the destination aims to fully operate during the winter. 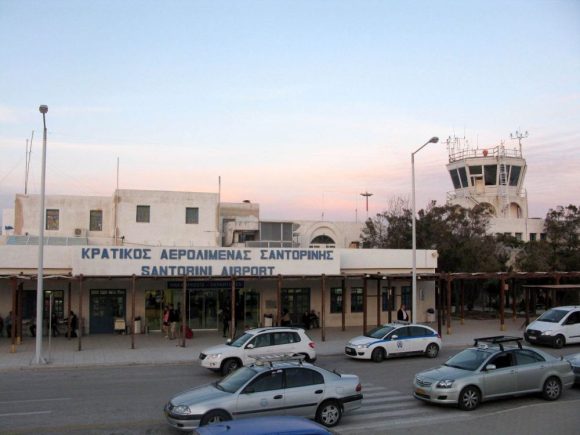 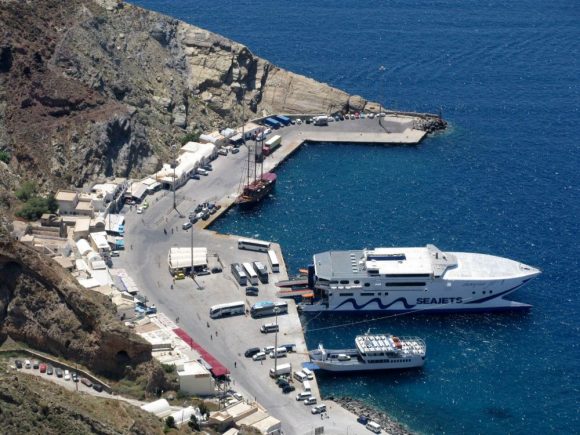 On her part, the president of the Greek National Tourism Organization, Elizabeth Chatzinikolaou, suggested that a memorandum of cooperation be signed among the municipality and the island’s businesses to officialize the season’s extension and so that all parties live up to their commitments, such as remaining open regularly and selling local products. She also stressed that the island’s hospital must operate regularly during the winter.

Ms. Chatzinikolaou invited the municipality to consider letting the GNTO get on board the initiative with an agreed three-year promotional campaign that would include online promotion, joint participation in exhibitions and the provision of extra contacts with airlines and tour operators. 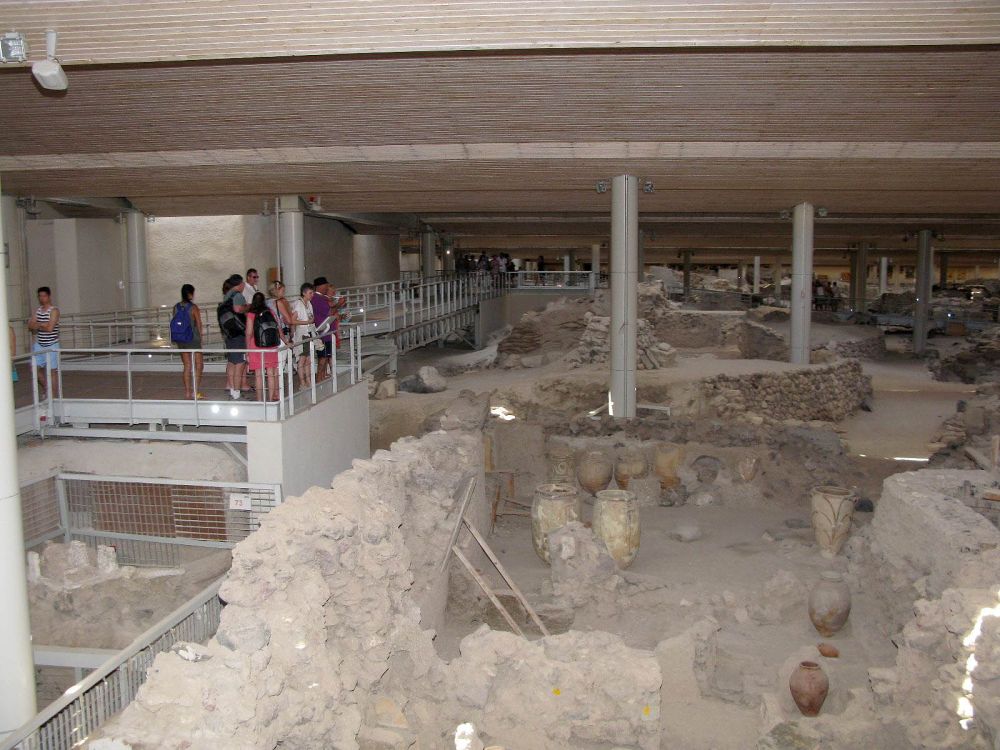 Mayor Zorzos admitted that the effort to extend the season will not be easy and announced a series of actions that will gradually take place to support the new initiative.

These actions include an agreement with the Greek Culture Ministry for the improvement of the island’s cultural infrastructure in order to showcase the many important antiquities of Santorini, which to this day remain in storage due to lack of space. The agreement includes the first-time public display of the Daedalic-style statue Kore of Thera in spring 2016 in the atrium of the Archaeological Museum of Thera, which is scheduled to undergo repairs.

The mayor also announced that gastronomy/wine tourism and walking tourism will also be promoted broadly. On the island’s walking tourism possibilities, he said that currently nine of Santorini’s trails are marked and mapped. By next year the number of marked trails on the island should reach 19.

Among other actions to support the initiative, Mayor Zorzos said the municipality will see to promote the traditional settlements of Santorini and Thirassia, create a website of the island’s cultural heritage, promote the island’s winter events (panigiria), and open an art gallery as already the municipality has received requests from collectors and artists to display their works on the island.

The new initiative will also support conferences and events that will take place on Santorini from November 1, 2015, until March 31, 2016. Among events is the UNESCO symposium to be held on November 5-7.

The mayor also mentioned that an “Information and Documentation Centre of the Geology of the Santorini island complex” will be inaugurated and that the construction of a marina in Monolithos is currently in the planning stage.

Commenting on expectations for this year’s tourism season, the mayor said that 2015 will be an “excellent” tourism season for Santorini.