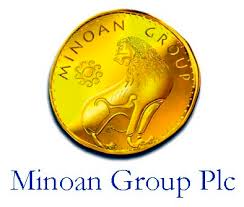 Travel and leisure company Minoan Group Plc announced last week that revenues for the first half of 2015 grew by 18.6 percent.

The Glasgow-based group – parent company of Stewart Travel, John Semple Travel and King World Travel – recorded improved results for the first six months ending April 30, 2015, with revenues coming to 40.8 million euros compared to 34.4 million euros in 2014, up by 18.6 percent and a decrease in operating losses of 1.7 percent, compared with the corresponding period last year.

Minoan, which owns and operates a number of travel agencies, and also operates a resort development division, is currently progressing a five-star-plus resort on the island of Crete. Approval of the plan by authorities is pending.

“The Group has seen improved growth in the first half, with the travel division benefiting from the strength of the pound and the UK’s continuing economic recovery. Trading remains strong with the business in robust shape to move forward over the rest of this year and management continue to examine earnings enhancing strategic acquisitions to further improve the travel and leisure division’s performance,” Minoan Chairman Christopher Egleton said in a statement.

“The approval of the Itanos Gaia luxury resort project in Crete is nearing its final stages. The recent Parliamentary decision in favour of a renewed agreement with creditors should stabilise government procedures and allow the Presidential Decree to be signed,” he added.

The Itanos Gaia project will be constructed at the Cavo Sidero peninsula, Northeastern Crete, in the prefecture of Lasithi and aims to become a landmark of sustainable architecture in the hotel industry.