Low-cost airline Ryanair is now carrying out flights to Paphos from Athens, after Aegean Airlines announced its decision to stop the service. 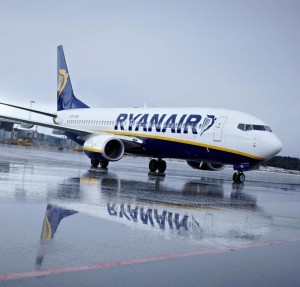 Pre-arranged Athens–Paphos flights can be rebooked with Ryanair online.

“Upon entering the market, Greek passengers responded to the low fares, the variety of routes available and our recent ‘Keep Greece Flying’ campaign,” said Robin Kiely, Ryanair’s head of communications.

For the launch of the said campaign last month, the Irish carrier dropped the fares on its Athens routes to/from Chania, Rhodes and Thessaloniki, to 4.99 euros, as well as prices of its international routes to/from Greece by 30 percent.

In the meantime, marking its 30-year anniversary, Ryanair said it plans to put the faces and names of 30 Facebook fans on its planes next January.

The “30 Names 30 Planes” contest ends on August 31, and winners will be announced on September 1.