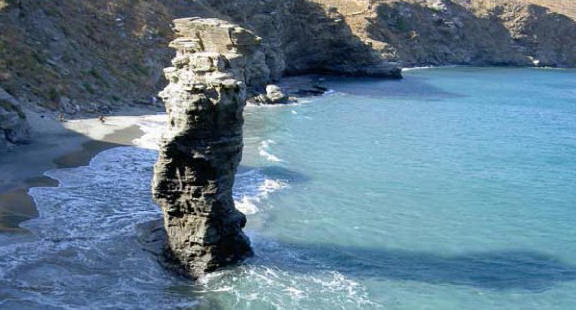 The Cycladic island of Andros is launching its 1st International Festival this month and aims to establish it as a yearly event that will feature prominent performers from the world of theater and music.

Home to one of the most prestigious museums in Greece, the Museum of Contemporary Art,  Andros will hold its 1st International Festival through to August 30, with events, plays, concerts and performances to be hosted at its new 900-seat theater in the island’s capital, Hora.

The festival will feature ancient Greek plays, concerts by Greek and foreign performers, groups and choirs, as well local instrumentalists.

“The ambition of the new institution is to host art events each year, offering Andriots – and others – the opportunity to enjoy Greek and foreign artists, both the younger as well as the ‘tested’ performers,” said the event’s artistic chief, acclaimed Greek director Pantelis Voulgaris.

“Of course, the space will be available for the Andriots and their art: the theater troupes which have for years staged quality performances, the youth philharmonic and choir.”

Performances include the staging of Euripides’ The Trojan Women, Aristophanes’ The Acharnians as well as an August 25 concert with celebrated Greek singer Dimitra Galani and the Chronos ensemble.