ETOA: Arrivals to Europe May Exceed 600 Million This Year

The majority of European destinations are reporting positive growth in international arrivals and overnights for the first five months of 2015, according to latest European Travel Commission survey of travel trends in Europe.

There was a strong boost to arrivals for Europe’s most popular destinations, with Germany (+5%), Spain (+4%), Italy (+4%) and the UK (+3%) all seeing solid growth in international arrivals in the run-in to the peak travel season.

According to an announcement on Tuesday by the European Tour Operators Association (ETOA) and Forward Keys, traveller data intelligence, solid growth in the first half of 2015 and positive forward-looking indicators are being propelled by favourable exchange rates and quality packages and tours.

Airline travel to and from Europe maintained its upwards momentum in the year-to-date data to April, with Revenue Passenger Kilometres growing by 4.8% compared to the same period in 2014.

For hoteliers in Europe, occupancy rates grew solidly, with gains of 2.3% in the first five months of the year slightly ahead of those seen globally.

“Looking ahead, over the year as a whole the expectations are that European inbound tourism will keep pace with the global forecast of 3%-4%, which could result in European arrivals passing the 600 million milestone”, ETOA notes.

This positive picture is supported by trends in airline reservations to Europe from long haul source markets. 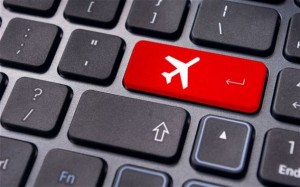 Forward Keys, which provides traveller intelligence based on bookings processed by online and offline travel agencies worldwide, through the leading Global Distribution Systems (GDS), reported a 3.6% increase in air bookings to Europe for the first half of the year.

Its data also suggests that the upwards trend is set to continue into the second half of the year. On-the-book reservations in mid-July for the remainder of the year showed an 8.3% increase on the same period in 2014.

Forward reservations from Europe’s main North American market are looking very solid (+7.1%), while further strong momentum from Asian source markets is very evident with a 16% boost in bookings from North East Asia, while the Rest of Asia is 11% higher than the same period last year.

“Both US and Chinese visitors are getting about 22% more Euros than this time last year; Indian tourists are enjoying 17% higher spending power, while those from the Gulf have as much as 25% more money in their pockets.”

On his part, the CEO of ForwardKeys, Olivier Jager, said that Europe is showing every sign of having a very strong tourist season this summer.

“All top ten European cities are showing excellent growth in forward bookings as of mid-July.”