The Group of national travel agents’ and tour operators’ associations within the EU (ECTAA) on Friday filed a formal complaint with the EU Commission – Directorate General for Mobility & Transport against Lufthansa Group concerning the announced new Distribution Cost Charge (DCC).

The Lufthansa Group announced in early June that a 16-euro charge will apply for all tickets booked via GDSs on Lufthansa, Brussels Airlines, Austrian Airlines and Swiss flights as from 1 September 2015.

“Such charge will constitute a significant price increase for consumers and will put all travel agents at a competitive disadvantage compared to the direct distribution of the airlines concerned”, ECTAA said in an announcement. 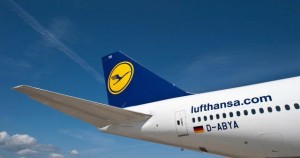 After a careful analysis of the alternative distribution channels proposed by Lufthansa, including the individual airlines’ websites or the LH Group-Agent platform, ECTAA and its Member associations reached the conclusion that these were “not efficient and viable alternatives”, as they would constitute a considerable step backwards to the currently highly automated booking and ticketing processes through GDSs.

Following a detailed legal analysis of the Lufthansa announcement, ECTAA decided to file a complaint with the European Commission Directorate-General for Mobility and Transport as “Lufthansa’s action constitutes a breach of the EU Regulation N° 80/2009 on a Code of Conduct for GDSs”, in particular in what concerns the provisions of the articles 0.4 and 10.5 of the Regulation.

As ECTAA points out, if the Lufthansa’s Agent booking platform falls within the definition of a GDS as defined in article 2.4 of the Regulation, Lufthansa as a “parent carrier” must comply with parent carrier’s obligations as specified in articles 10.4 and 10.5.

“It will be now up to the European Commission to decide whether the proposed booking alternative, the LH Group-Agent.com platform, falls under the application of the EU Regulation N° 80/2009 and whether Lufthansa complies with its legal obligations”, ECTAA said.

ECTAA and its Members are further pursuing legal investigations to see whether Lufthansa’s actions infringe European competition rules (Articles 101 and 102 of the EU Treaty).

The Greek Summer is ‘Happening Now’. Spread the Word!