Despite the crisis and the somewhat dramatic developments in recent weeks regarding Greece’s financial situation, German and Austrian travellers are choosing the country for their summer holidays this year.

“Although occasionally there was a decrease in last minute bookings, the total number of reservations is moving at slightly higher levels than last year”, Roland Gassner, a tourism expert from marketing research institute GfK, told the German Press Agency (dpa) recently.

It is noted that 2014 was a record year for Greek tourism, as Greece last year welcomed 22 million tourists, which included 2.5 million German visitors.

However, Mr Gassner did note that the VAT hikes on the food service industry and hotels may have a negative impact on Greek tourism. “In the long-term, economic parameters can have negative consequences. A product that is more expensive, tends to have less demand.” 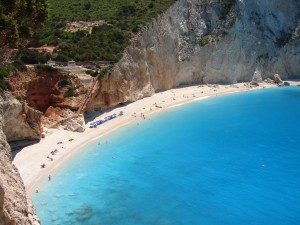 Austrian travellers are also showing their preference for Greece this year, according to last minute bookings, Austrian newspaper Österreich informed in a recent report entitled “Greece, vacations are thriving.”

Kathrin Limpel from TUI – Austria informed the newspaper that during the “dramatic days” before and after the July 5 referendum in Greece, Austrians were still somewhat cautious on making last minute bookings. However, that changed once Greece came to an agreement with its lenders and the country’s tourism market began to flourish again.

“This year is a year of an absolute record for Greece,” Ms Limpel said and added that those who are flexible on their travel dates, will finds the best prices.

According to Österreich, Greece is also this year’s number one tourism destination for travel company Ruefa – Reisen, which has a high demand for last minute bookings and mainly for islands such as Lefkada, Thassos and Naxos.

Food Services at Greek Hotels to Be Taxed Cumulatively

Athens: Hotel Occupancy Up, Revenue Down in June 2015