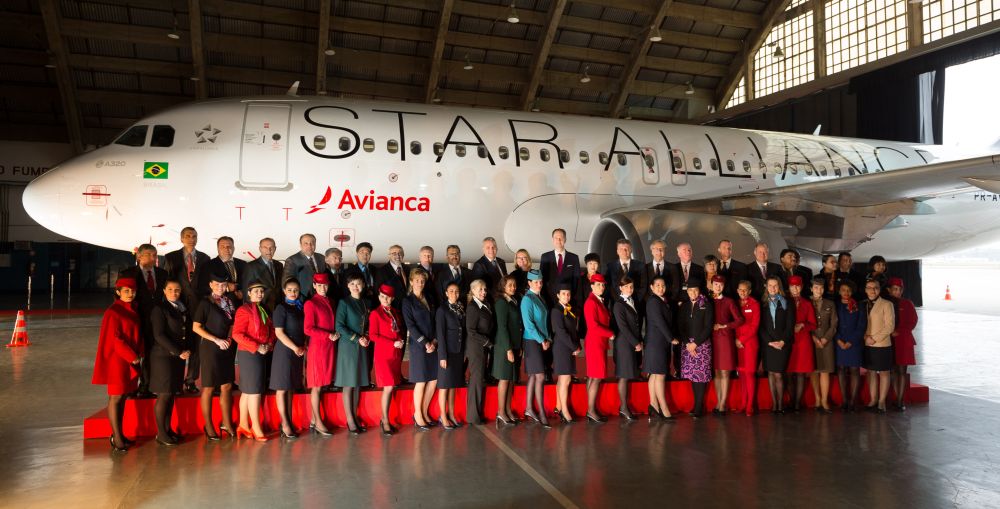 “Adding Avianca Brasil to our network is an important step in enhancing our customer proposition in Latin America. Brazil is the most important aviation market on the continent and we are pleased that from today onwards, we can once again offer domestic connections in Brazil”, said Mark Schwab, CEO Star Alliance.

Avianca Brasil is the fastest growing airline in the country. From 2010 to 2014 it increased its market share from 2.6 percent to 8.4 percent. Until May of 2015 the airline continued this trend, reaching a cumulative market share of 9 percent.

“Today we are setting the future pace of our airline and close a two year process which saw us move to a new IT platform, review and update our internal processes and specific training program for our employees to ensure they can provide the best possible service to customers”, said Jose Efromovich, President and CEO of Avianca Brasil.

Further growth is predicted as Avianca Brasil and the other Star Alliance carriers serving the country will connect more passengers through the main Brazilian hubs in São Paulo – Guarulhos, Rio de Janeiro – Galeão and Brasilia.

In addition to Avianca Brasil’s domestic network, customers can fly internationally on 88 weekly flights from 12 airports in Brazil to destinations in North and South America, Europe, Asia and Africa. By connecting through Star Alliance hubs in these regions, passengers gain access to the worldwide network provided by the 28 member airlines that in total offer more than 18,500 daily flights to 1,330 airports in 192 countries.

THE WAY BRAZIL CONNECTS WITH THE WORLD uses a visual metaphor of the Brazilian flag being formed out of 3D iconic buildings from across the globe.

In order to support the joining of Avianca Brasil, Star Alliance has launched a special marketing campaign, built around the slogan “THE WAY BRAZIL CONNECTS WITH THE WORLD”.

It uses a visual metaphor of the Brazilian flag being formed out of 3D iconic buildings from across the globe, visualising the benefit that, through the inclusion of Avianca Brasil into the Alliance, the international Brazilian frequent traveller has a wider choice of travel than on any other alliance.