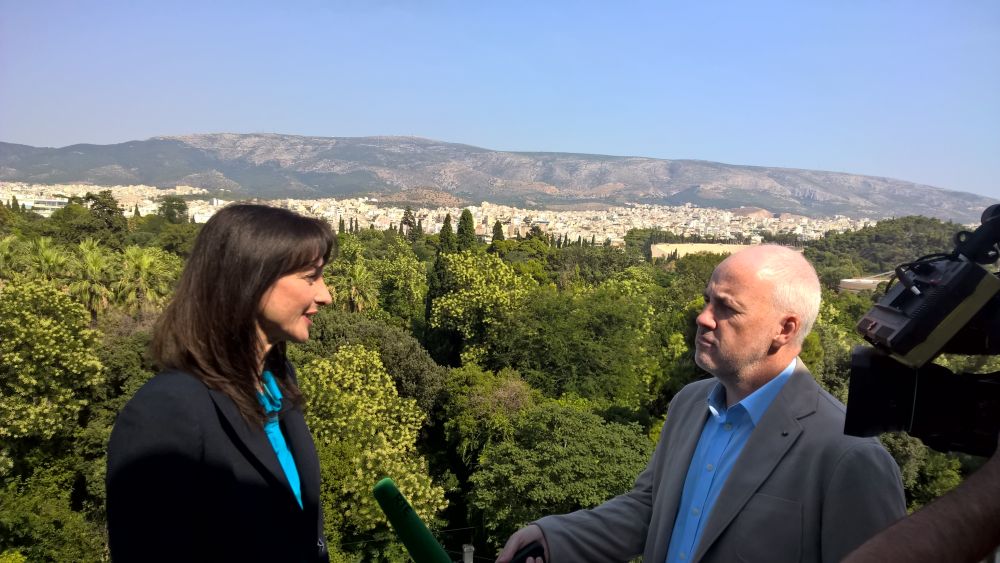 The tourism season in Greece is progressing steadily and without any problems, Greek Alternate Tourism Minister Elena Kountoura has informed international audiences through interviews to foreign media outlets, an announcement said on Wednesday.

In an interview to RTE, Ireland’s National Television and Radio Broadcaster, Minister Kountoura referred to the initiatives and actions taken by the Tourism Ministry to make certain that the country can continue to provide all those high quality services that has placed it among leading tourism destinations in the world.

She also gave an interview to RTE’s radio show “Morning Ireland” and highlighted that Greece is one of the safest and most attractive destinations worldwide. Ms. Kountoura referred to the efforts made over the last six months to ensure a successful tourism season in Greece.

The minister stated that she expects the tourism season in Greece to develop normally, unaffected by temporary circumstances.

When speaking to Sky News, the UK news TV channel, the minister underlined the special communication actions Greece launched for the British market. She thanked the Britons for preferring Greece for their holidays and supporting the country as a tourism destination. The UK is the second most important market for Greek tourism after Germany.

“The Ministry is working 24 hours a day and aims to provide immediate solutions to any problem that arises”, an announcement said.

The ministry has also launched an online support system for tourism bodies at support@mintour.gr.

Greek PM: A VAT Hike On Tourism is Irrational