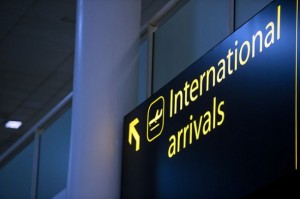 The number of international tourist arrivals to Greece, in the first quarter of 2015 increased by 45.6 percent according to a report released on Thursday, by the Hellenic Statistical Authority (ELSTAT).

Carried out by the central bank, the report reveals that the majority of arrivals were recorded from Europe at 81.7 percent, up by 51.8 percent, and at 70.6 percent from EU member states.

On the downside, a decrease was reported in the number of arrivals from Russia at 66.9 percent and Cyprus at 13.8 percent.

The number of arrivals from the US increased by 49.7 percent and from Turkey by 28.3 percent.

Athens International Airport handled most of the incoming traffic at 30.8 percent, followed by Thessaloniki Airport at 6.5 percent.

Tourism is the ‘Heavy Industry’ of Greece, Revised Study Confirms