Which Airlines Did Not Get ‘Scared Off’ By the Financial Situation in Greece? 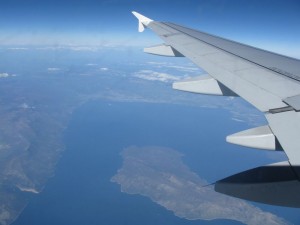 While a large number of international airlines decided this week to temporarily withdraw the BSP ticketing authority for all travel agents in Greece, due to the political instability and financial situation in the country, others opted to give a vote of confidence to the country and stood by their Greek partners.

– “The administrations of these airlines chose to give a vote of confidence to our country”, said Michael Flerianos, the general manager of Gold Star Aviation, in a letter to Greek travel agents on Friday, referring to the airlines his company represents in Greece: Gulf Air, Jet Airways, Ethiopian Airlines, TAP Portugal, Ukraine International Airlines and Meridiana.

–“EgyptAir believes in the moral obligation role toward the whole economy of Greece in general, and toward the Greek travel agents in specific… EgyptAir respects its commitments and obligations”, said Salah Tawfik, the airline’s district manager Greece and Cyprus, in a statement sent to GTP.

– “In our continuous efforts to support Greek travel agents, we have gradually started to reinstate the BSP ticketing authority despite the political instability and financial situation in the country”, Qatar Airways Country Manager, Iberian Peninsula, Greece and Cyprus, Marimar Laveda, said in a statement on Thursday.
Qatar Airways had removed the BSP ticketing authority for Greek travel agents earlier this week, a move that was soon recalled: “We would like to apologise to our partners for the inconvenience caused and we would like to thank them for their constant support and loyalty”, Ms. Laveda said.

Following is a list of the airlines that never suspended the BSP ticketing authority for Greek travel agents, nor did they change the terms and conditions of their cooperation with them, despite the unpredictable political and economical situation in the country.