Bookings to Greece remain steady, on the par with 2014, which was an excellent year for tourism, the head of German travel company FTI Touristik said during a Munich presentation last week of its winter program, which includes more long haul locations, a wider variety of destinations in the East and Egypt, and many more discount deals.

FTI Touristik is the fourth largest tourism company in Germany and ninth largest in Europe. 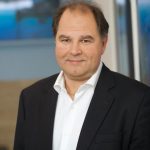 “Holidaymakers are and will be enjoying a safe stay in Greece as flight, transfers and accommodation are assured by the tour operator. In the current summer season Greece has performed as well as last year looking at the booking numbers, which was a fantastic season,” he said.

Mr Gunz went on to praise Greece’s human resources, which he described as being well-educated and with the sufficient know-how.

“The young generation in Greece can see its future via the future of Europe, but for this to happen there need to be a country with security, stability, infrastructure,  predictability and reliability. This is what any investor needs to run a business and invest and trade in Greece.”

Mr Gunz, who said he will spend his holidays with colleagues this summer in Greece, reiterated that the company’s strategy for further development in Greece, remains unchanged and announced plans for the completion of a new investment locally.

Munich-based FTI has issued over 10,000 catalogues to company members and partners which are also available online.

Arrivals to Greece Rise 6.7% in First Half