German Press Dismayed With Greece’s ‘No’ 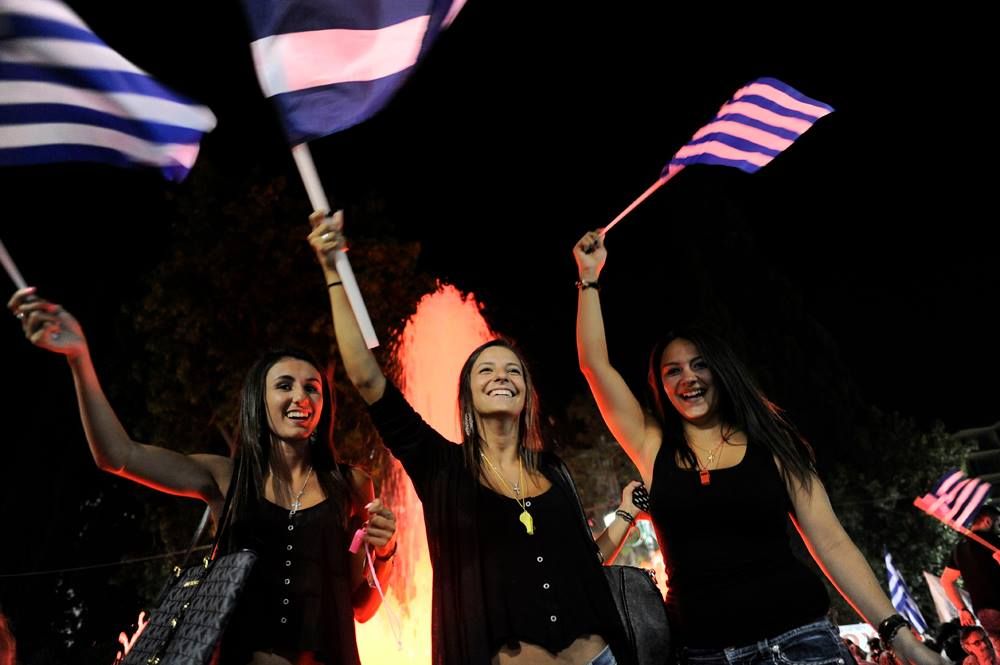 Supporters of the “No” vote celebrating at Syntagma Square. Photo credit: Aggeliki Koronaiou

The German press was not happy with Greece’s referendum result on Sunday, when a massive 61.31 percent voted against the stringent austerity measures demanded by the country’s international lenders.

German daily Die Welt led with a story titled “Now the EU is threatened by an intense controversy over a Grexit”, reporting that following the Greeks’ “no”, a number of politicians are calling for Greece’s exit from the eurozone, while others are in favor of continuing negotiations.

Die Welt goes on to present the potential outlook should EU countries demand a “grexit”, adding that French President Francois Hollande is calling for a more flexible stance towards Greece, while Spain, Portugal, Finland, Slovakia and the Baltic countries are insisting on maintaining a hard line, as is German Finance Minister Wolfgang Schaeuble.

Financial daily Handelsblatt is describing the day after in Greece as a “disaster”, while Frankfurter Allgemeine leads with “Greece’s Problems Really Begin Now”, adding that by voting “No”, Greece is hoping to win concessions on the part of its creditors. The paper goes on to add that the country is beginning to have serious problems with liquidity.

Under the title “A Country Says ‘No’”, Suddeutsche Zeitung believes Greece’s European partners are resentful, Greece is divided and the potential for negotiations is null. The paper adds that it is surprising how a single political maneuver by the Greek government has led to so much damage.

Die Zeit, meanwhile, led its Monday edition with “How Sad For Greece’s Future”.

“Bitter Weeks Will Follow” was the title of German magazine Der Spiegel, warning that backed by the referendum’s “No”, the Greek Prime Minister will request a better deal from Greece’s creditors, adding that rarely has a politician made such wrong calculations that will inevitably lead to the country’s exit from the eurozone.

Bild printed the laconic “Greece Voted for a Grexit”.