TUI: Greece at the Center of Our Attention 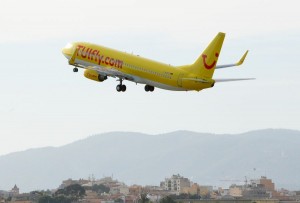 Greece may be a leading choice among TUI’s clients but the international tour operator stressed that stability and modern infrastructure must be in place if Greece wants to experience growth in the tourism sector.

Many of the country’s airports must update their airport facilities, TUI Germany Managing Director Oliver Dörschuck told some 70 German travel bloggers and journalists visiting Crete for the company’s presentation of its 2015-2016 winter program on Monday.

“Greece is at the center of our attention and we will seek to further strengthen our leading position in the Greek market,” Mr Dörschuck said.

Mr Dörschuck added that Greece was and will continue to remain one of the most popular tourist destinations — behind Spain and Turkey — for TUI’s German customers.

“Despite the talk concerning the economic crisis, we have selected Greece as a host for our event. Tourism is the most important sector of the Greek economy and creates one in five jobs,” he said.

During the press conference, which was held in Chania, at the Avra Imperial Beach Resort & Spa, and at Heraklion’s Aldemar Royal Mare, Mr Dörschuck presented travel trends and figures, and offered participants the chance to visit some of the island’s major tourist attractions.

In the meantime, stocks in dual listed TUI AG fell hard by as much as 10 percent on Monday, led by the Greece-fuelled market decline.