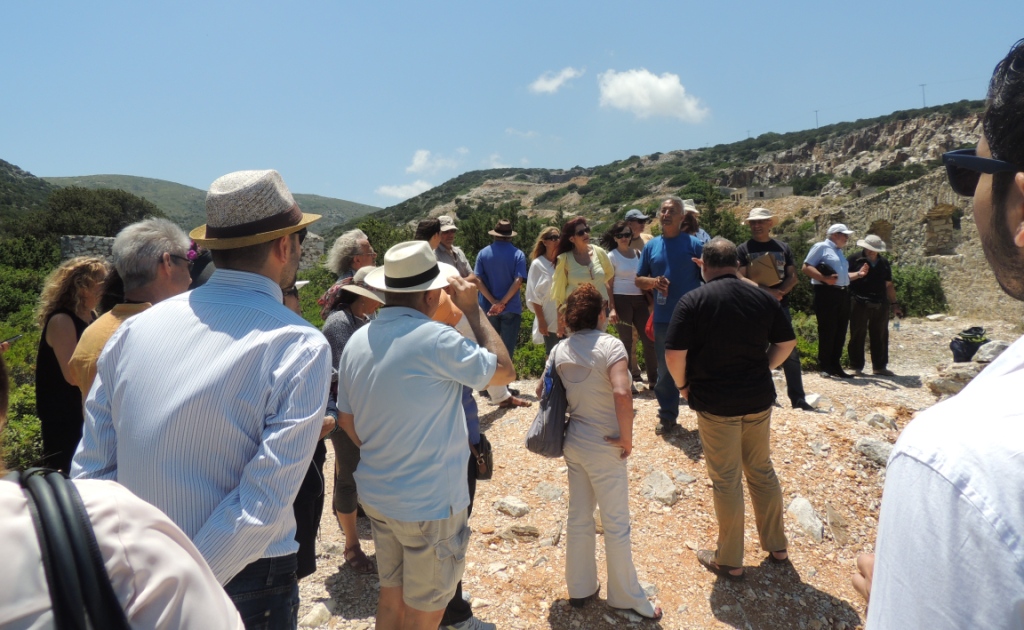 For the first time, archaeologists working on excavations at three ancient Paros colonies presented the results of excavations and studies during the 4th International Conference on the Archaeology of Paros and the Cyclades, which took place in Paroikia, earlier this month.

Organized by the Institute for Archaeology of Paros and the Cyclades (IAPC) with the support of the Paros Municipality and the Archilochus Cultural Society, the conference titled “Paros and its Colonies” is part of a series of international events organized every four-five years on the island, aimed at promoting the cultural heritage of Paros and the Cyclades. The 3rd conference held in 2010 focused on ancient Greek sculptor and architect Skopas.

During this year’s seven sessions, 40 archaeologists and experts presented research on Paros colonies: the Thassos metropolis, the colony of Faros in the Adriatic (today Stari Grad in Croatia) and the Parian colony in Propontis (now Çanakkale in Turkey).

The conference marked 2,400 years since the founding of the colony of Faros.

A marble monument inscribed in Greek and Croatian was unveiled during a special ceremony at the island’s central Ekatontapyliani Square on June 12 (photo), in the presence of the Croatian Ambassador to Greece and the mayor of Stari Grad. A similar monument will be erected in Stari Grad in 2016 within the framework of a cultural exchange program between the two towns.