State Minister Alekos Flabouraris’ statement to increase VAT on accommodation from 6.5 percent to 23 percent set off alarm bells among the country’s hotel industry, with Greek hoteliers calling it the “premeditated murder of tourism”.

Hotelier associations across the country have issued statements slamming the state minister for his recent statements on Mega television, and are calling on the government to step in and protect tourism instead of accepting measures that will do away with the only industry that is keeping the Greek economy afloat. 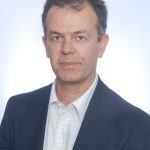 The Arcadia Hotels Association and the Lakonia Hotel Association released statements and stressed that a VAT hike in accommodation would create a domino effect in the Greek economy and have devastating consequences on the GDP and employment, “mainly affecting small- and medium-sized tourism enterprises, particularly those operating in areas with lower tourist appeal and higher dependency on the domestic market”.

The associations added that the tourism sector was among the first to side with the government in its efforts to deal with the crisis accepting a 10 percent VAT rate, which still is competitive. 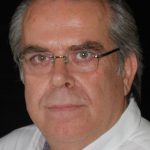 “However, any additional increase is bound to send millions of tourists and tour operators to cheaper destinations, which will, they say, inevitably lead to the certain decline of Greece’s only productive industry”, the Arcadia Hotels Association said.

On its part, the Lakonia Hotel Association said: “It should be understood by all that tourism is the only export product that our country has, which, with set objectives and actions, can serve as the means of ending the crisis”.

Will the islands lose their special tax status?

In regards to leaks that the government once again was discussing to abolish the reduced VAT rate that applies on the Greek islands, South Aegean Prefect George Hadjimarkos said that it was “unthinkable” that the Greek side would propose such a measure to the lenders after making so many statements and commitments on the matter.

“I call on the government to immediately, clearly and without misconceptions, deny these leaks”, he said in a statement on Monday.

It is noted that the VAT rate on dozens of Aegean islands — except Crete — is currently reduced by 30 percent against the current rate that applies for the rest of Greece. This regime was imposed to offset the high cost of transporting goods and to boost tourism development.