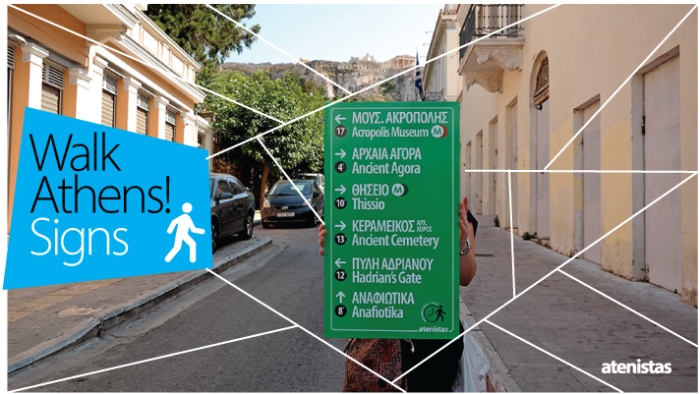 City activist group atenistas are placing signs throughout the historic center of Athens in efforts to make walking the Greek capital easier for residents and travelers.

Under the motto: “WalkAthens!”, the signs have initially been placed in 15 key points across the city center, including at the Archaeological Museum, Omonoia, Syntagma, Monastiraki, Thissio, Psiri and Vathi squares. 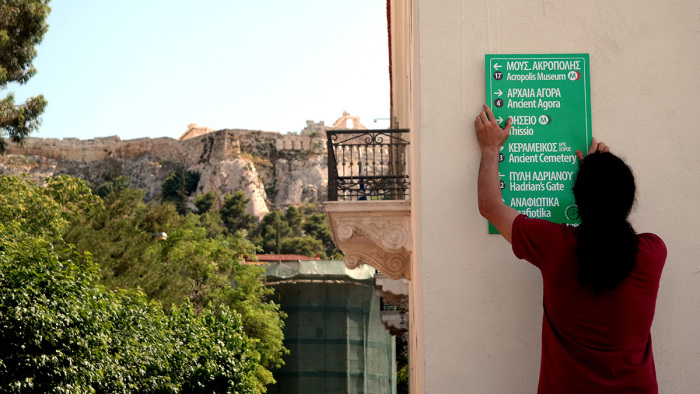 The green signs feature directions to six surrounding locations in Greek and English, bearing a directional arrow and the estimated walking timeas well as info on nearby metro stations.

The atenistas are an open group of involved Athens residents who are determined to improve the standard of living in the Greek capital by organizing a series of community initiatives in that direction. Their motto: action, positive energy and creativity.

Athens-based digital tourism expert Nelios has cooperated with the group for the “WalkAthens!” project.