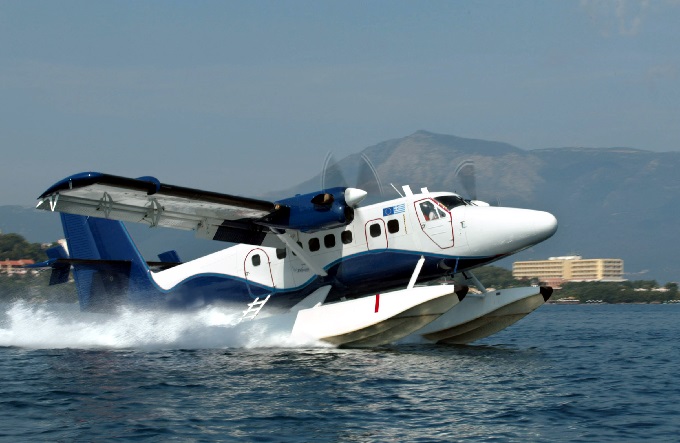 Greek energy company NRG Trading House S.A, a member of Chandris Group, has decided to invest in the seaplane market, which is currently under development in Greece.

Following an agreement with Hellenic Seaplanes, it has been announced that NRG will invest in the creation of three waterways at the ports of North Aegean islands Chios, Psara and Oinousses. Founded in 2012, NRG is a Greek electricity trading and supply company.

“We are confident that Greece, in the coming years, will have a huge potential in attracting global tourism and we intend to be a part of the effort that will help the country’s tourism development”, entrepreneur Alexandros Chandris of NRG said in an announcement.

The new partnership follows the recent agreement signed between Hellenic Seaplanes and led light company GlobiLED which will cover the whole range of activities of the seaplane company (creation of waterways, aviation management, bookings etc.).

According to Hellenic Seaplanes, the first test flights of seaplanes in Greece are expected to take off as of February 2016. The company’s operational plan for 2016 includes a network of 112 waterways, ten of which will be regional, that will connect Greece’s destinations. Each waterway will have the ability to service two to three seaplanes.

The cost of a ticket for a half hour seaplane flight is expected to cost between 30 and 75 euros per passenger. The seaplanes will have a seat capacity of up to 19 passengers.