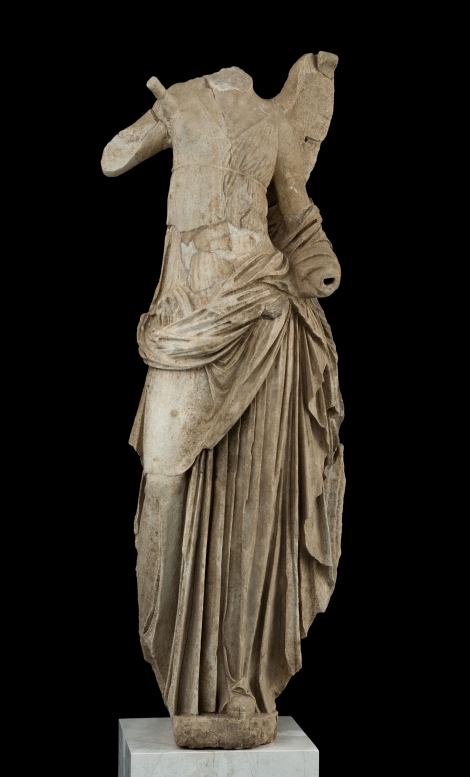 As part of celebrations for its sixth birthday, the Acropolis Museum will launch a series of exhibitions featuring archaeological treasures from small museums across Greece, with “Samothrace – The Mysteries of the Great Gods” launching the festivities on June 20.

On the same day, a concert in the museum courtyard will feature the Athens Municipality Philharmonic Orchestra and Choir in works from the interwar period, the cinema and Greek operetta. All exhibition areas and the restaurant will remain open from 8am to midnight and admission will be reduced at 3 euros for all visitors.

On June 21, the museum will organize a scientific conference focusing on recent archaeological research in Samothrace.

Organized in collaboration with ephorates of Rodopi and Evros,under the guidance Samothrace antiquities expert Dimitrios Matsas,the temporary show features 252 ancient artefacts assembled in groups on the basis of their relationship to the island’s sanctuary, where visitors were initiated into the island cult. The exhibit will run through to September 30.

“The most famous initiation ceremonies in antiquity were held in Eleusis and Samothrace. The conditions were so strict that the initiated could never disclose the rites, ceremonies and beliefs, which were thus preserved from antiquity. The initiated believed that they would be rewarded in the afterlife.But excavations at the sanctuary of Samothrace brought to the fore ceremonial buildings and utensils that allow us now to have insight into the se rituals,” Acropolis Museum Director Dimitrios Pantermalis told the press on Wednesday.

Mr Pantermalis went on to express his optimism despite the difficult economic climate saying that the museum welcomed a total of 1,460,135 visitors this year, up by 300,000 compared to the same period last year.

This, he said, means more responsibilities and the need for better coordination as well as further improvement of services provided.