Lufthansa Not Backing Down on GDS Fee But Willing to Discuss 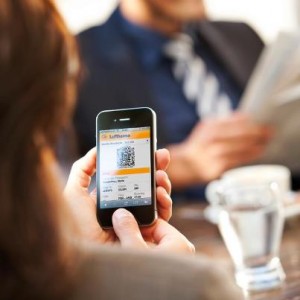 Earlier this month, Lufthansa Group announced a controversial decision that sees a ‘Distribution Cost Charge’ (DCC) applicable to all bookings on Lufthansa, Austrian Airlines, Brussels Airlines and Swiss not made through one of the company’s own channels such as Lufthansa.com.

According to Lufthansa, the charge will come into force in September. The airline group has said that travel agents will be able to avoid the DCC fee by booking through its online agent portal.

After the fee was labeled “exorbitant” by senior industry figures the German company told BBT that it is willing to discuss the issue with its customers although “it is too early to predict” if companies accept the charge or move their business to another airline.

Lufthansa told BBT that there will “not be any further negotiation” on the 16-euro fee, but added: “As LHG has committed itself not to overcharge over its level of direct sales cost we will closely monitor and adapt if necessary.”

ECTAA: Another air fare increase for the EU traveller

According to the European Travel Agents’ and Tour Operators’ Association (ECTAA), Lufthansa’s decision is another hidden cost passed on to the consumer and an attempt to make fare transparency and comparison more difficult.

ECTAA underlined that there is no comparison possible, when the consumer goes on the Lufthansa website.

“The new cost charge will increase Lufthansa Group airlines fares in average by more than 5% and will further hinder a fair and transparent access to the airlines fares by the consumers and travel agents”, said Lars Thykier, President of ECTAA.

ECTAA reminded that consumer protection in the digital environment is currently at the heart of discussions at the EU level.

“Lufthansa’s announcement to redirect its commercial strategy to favour its own distribution channel goes in the opposite direction.”

Italy Travelers Shy Away from Greece in Jan-Apr