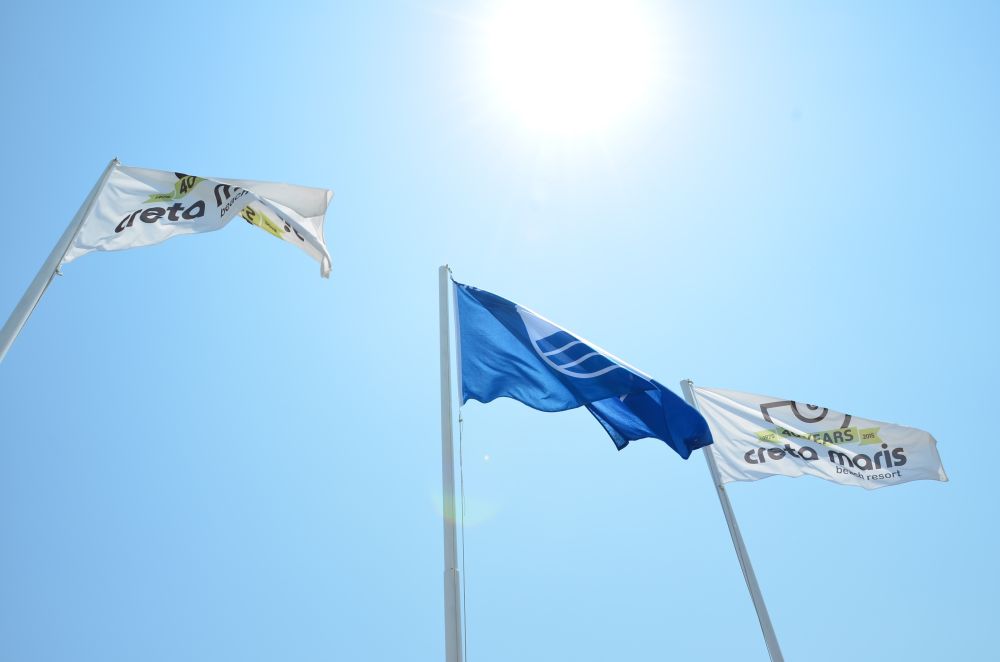 Creta Maris Beach Resort in Hersonissos, Crete, celebrated one more distinction with the Blue Flag eco-label for its beach at a special event on June 9.

During the Blue Flag raising ceremony, some 170 primary school children were taken on an awareness-raising tour of the region, which included visiting an organic farm, a compost center and Creta Maris’ recycling point, and were also informed on how to keep the coast and sea clean. 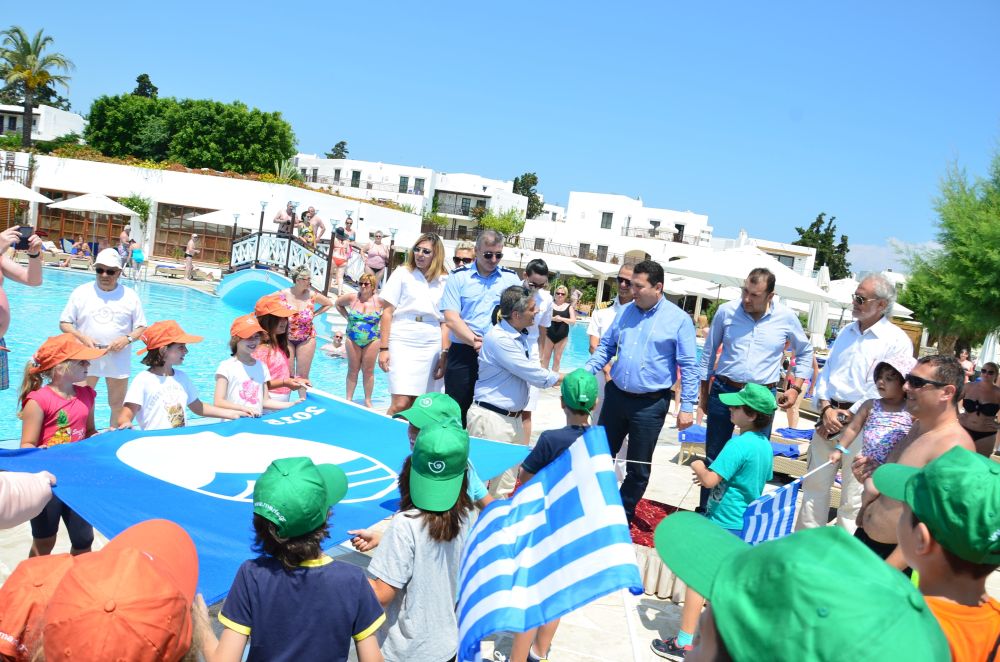 During the event, which was attended by municipal authorities, local tourism sector professionals as well as the hotel’s manager Nikos Vlasiadis and Hersonissos Mayor Yiannis Mastorakis, the Blue Flag literally came from the sky… attached to a parachute. 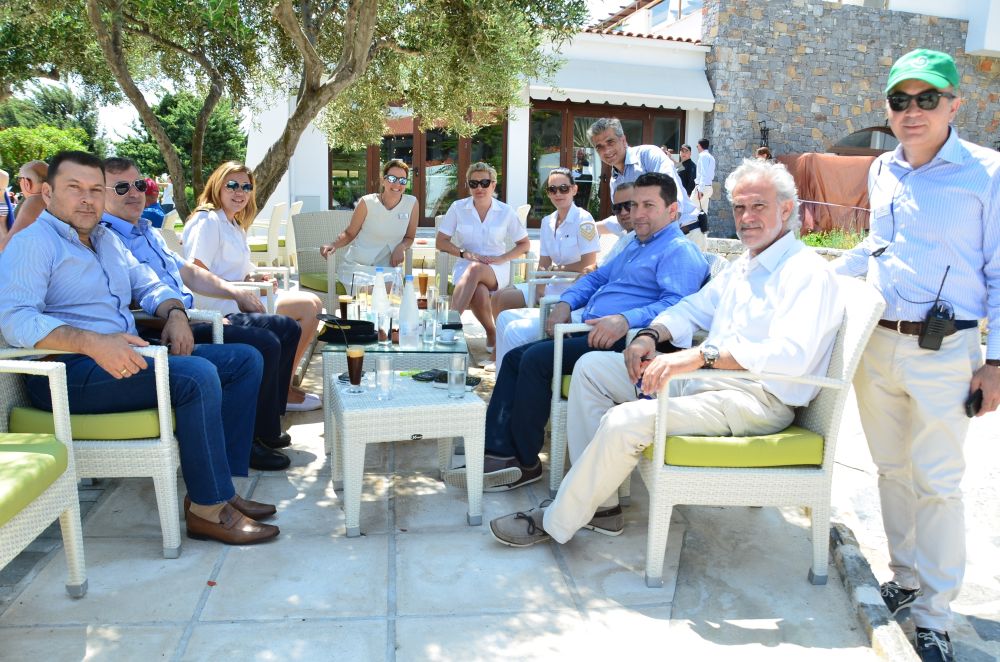 The Blue Flag distinction is awarded to over 4,000 beaches and marinas in 49 countries across Europe, South Africa, Morocco, Tunisia, New Zealand, Brazil, Canada and the Caribbean.

The Creta Maris Beach Resort, part of the Metaxas Group, has operated since 1975 with a capacity of 680 rooms, suites and bungalows, six restaurants, seven bars, seven swimming pools, a gym, spa, children’s facilities, conference hall, and a great space for outdoor and indoor activities.

Besides a series of “firsts” including being the first hotel in Greece in 1995 to obtain the ISO 9001 International Quality Certificate, the Creta Maris is also among the few enterprises in the country to accommodate golfers with one of the largest golf courses in Greece.

Meanwhile, the hotel actively supports the local community by providing 92 percent of its positions to locals, and is always seeking new ways to enhance the tourism experience by annually reinvesting approximately 20 percent of its yearly turnover in upgrades and modernization.