‘The Greeks – Agamemnon to Alexander the Great’ Conquer Canada 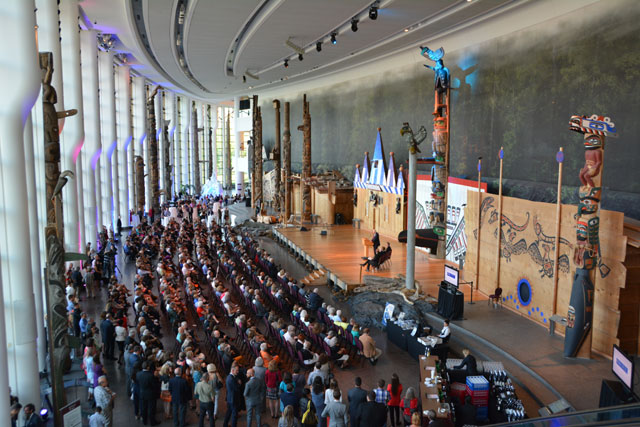 Featuring over 500 ancient treasures, many of which exhibited for the first time outside Greece, “The Greeks – Agamemnon to Alexander the Great” show, which opened last week at the Canadian Museum of History in Gatineau, was warmly welcomed by a 1,000-plus audience.

The museum’s President and CEO Mark O’ Neill thanked Greece for its generosity and praised the 25 museums that collaborated for the implementation of the show, one of the largest ever traveling exhibits, adding that he was greatly impressed by the public attendance at the opening.

“This is the most complex and complicated partnership we’ve put together,” he said.

Items from 21 of Greece’s museums that span 5,000 years of Greek history make up the most comprehensive exhibition to tour North America. Besides gold offerings from the royal tombs of Mycenae, sculptures of Homer, a votive relief to Asklepios, a gold wreath of Queen Meda, the mask of Agamemnon, a marble Cycladic sculpture from the island of Amorgos, a ritual vase from Minoan Crete, bronze helmets, a funerary vase from Delos, the show also includes lectures and interactive activities designed by New Media Lab of the Stavros Niarchos Foundation Centre for Greek Studies at Simon Fraser University, as well as videos produced by the National Geographic Society, the Acropolis Museum, the Museum of Cycladic Art and the Canadian Museum of History.

Running parallel to “The Greeks – Agamemnon to Alexander the Great” show at the Canadian Museum of History is “Greece: Secrets of Past” on through to June 30, offering an audiovisual journey through time: from the volcanic eruption that shaped the unique landscape of Santorini to the construction of the magnificent Parthenon more than 2,000 years ago presented on the museum’s IMAX theater dome. 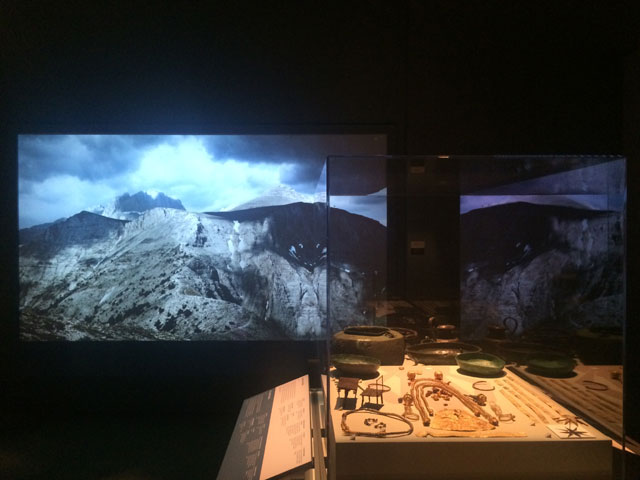 The exhibit, organised by the Greek culture ministry with the support of the Government of Canada, first opened last December at Montreal’s Pointe-à-Callière Museum and ends in Gatineau on October 12.