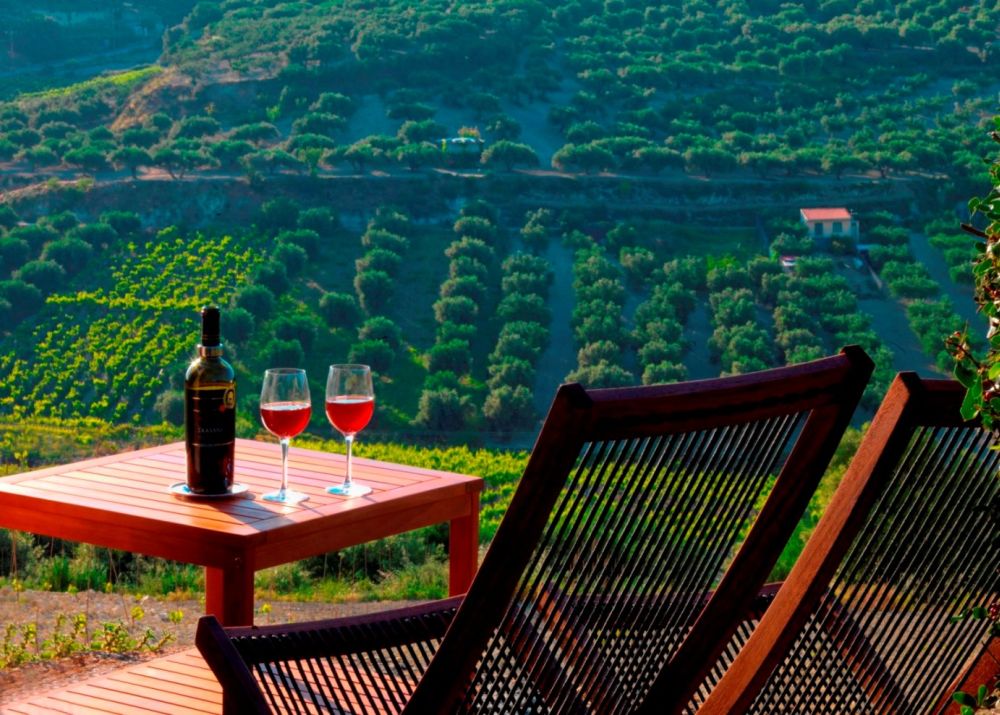 One of the country’s largest wineries, Boutari, has teamed up with Aria Hotels for the creation of the Scalani Hills Residences, a collection of three deluxe suites situated in the Boutari Winery, near the traditional village of Scalani on the Greek island of Crete.

The three luxury residences blend in with the surrounding area, offering beautiful views of the estate — 70 acres of vineyards and olive trees.

Guests can indulge in the wide variety of wines available as well as participate in tours of the cellars and production area and sample the finest local dishes.

In the meantime, as part of its ongoing efforts to safeguard and preserve old grape varieties, Boutari has restructured its historical Scalani vineyards. Originally created in the early ’90s, the vineyards served as a “Noah’s Arc” of sorts for the preservation of indigenous varieties, offering meanwhile important insight for research and observation.

The newly designed vineyards are currently hosting mainstream varieties, including Kotsifali and Syrah in red and Vidiano and Assyrtiko in white. The aim of the Boutari winery is to further develop the potential of the Cretan vineyards, offering new wines that will further excite the modern-day consumer.

Founded in 1879, Boutari is one of the country’s oldest and best-selling brands domestically and abroad.