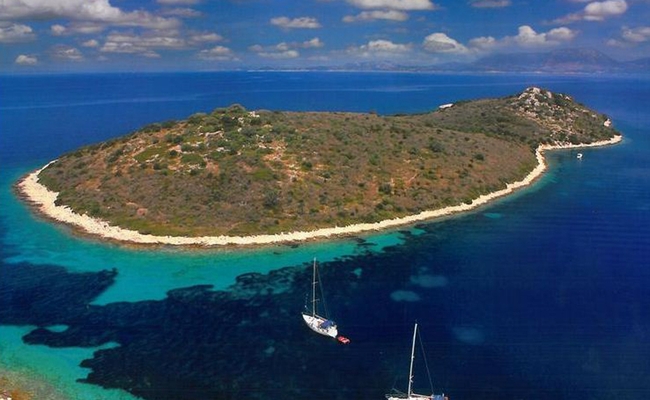 Gaia (Sofia Island), in the Echinades complex of the Ionian.

Hollywood couple Brad Pitt and Angelina Jolie are reportedly preparing to buy the Greek island of Gaia (Sofia Island) located in the Echinades complex of the Ionian.

According to the Washington Post, which mentions US OK! magazine as its source, said that the couple are reportedly thinking about splashing out $4.7 million on the entire island of Gaia (Sofia) so they can enjoy more private holidays together.

The Washington Post also noted that the 43-acre island has secured planning permission for six villas.

“Angie fell in love with it. It will need development, but at that price they’ll have no problem building the vacation home of their dreams”, a source close to the couple was said to have told US OK! magazine.

“The kids would finally be able to run around freely without worrying about paparazzi.”

The news follows reports the pair recently put their home in New Orleans on the market for $6.5 million.